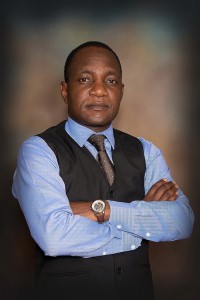 At the time the existing Code was repealed by government in February 2016, it was clear to the CSCC, that an own and unique Construction Sector Code was imperative for our industry if an effective transformation process was to be realised.

Working diligently and without respite, the CSCC assembled an independent team of mediators, namely Chris Jiyane – a director of Franki Africa, Mike Wylie – chairman of WBHO, and led Nazir Ali – the outgoing CEO of SANRAL, to fast track the revision and instalment of a new Construction Sector Code.

Prior to arriving at this point the CSCC negotiating team put in endless hours and worked through over 100 intense meetings.

The result was a high level launch, with Ministerial support, of the new Draft Construction Sector Code. The CSCC realised that it was imperative to proceed with this unprecedented launch of the Draft in order to make a public statement of intent as to the way forward for the construction sector, at the same time communicating the approach undertaken and clarifying the intended dispensation.

It is important too, to note the significant support enjoyed by this bold initiative. Not only did the Deputy Director General of the Department of Public Works (DPW) read out a special message of support from the Minister, but the full range of industry bodies, who are also active participants on the Council, as well as representation from Labour and the public sector were also present.

It was an honour therefore for me to sign the Pledge of Commitment to the Draft Code on behalf of the MBSA and MBAs, alongside the DPW and my counterparts also present from ASAQS, SAISC, CESA, SAFCEC, SAIA, ECSA and NUM.

The new Construction Sector Code is expected to be promulgated into law 60 days hence following due comment from industry. We at MBSA are encouraged by the progress made and we are positive that with proper implementation of the code, our industry will be playing its role in pursuit of achieving the country’s transformation Agenda.

As Master Builders South Africa, we applaud the Construction Sector Charter Council and all players involved in achieving this significant milestone. The CEO of CSCC Mr Thabo Masombuka will once again unpack the new Codes and give more clarity to Congress delegates on Friday 02 September 2016. We urge all not to miss this important presentation.

At this juncture, it is my pleasure to welcome you now to the 111th Master Builders South Africa Congress.

Here we have assembled an array of respected leaders from construction and related fields to share their thoughts with us and stimulate new and topical debate in directing our industry into the future, as we Build South Africa Together.