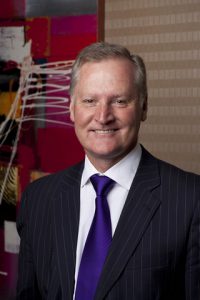 Construction companies in Africa have the responsibility to take African innovation to a global level. These companies have to remain innovative to ensure that they stay on top of the construction game in Africa, says Frans Pienaar, Chairman, of Inyatsi Construction.

Tremendous innovation is under way in Africa, with people shifting their perceptions of what to expect from the continent, says South African trends analyst Dion Chang. “A wave of innovation is sweeping through Africa, with ideas being sparked from Kenya to Egypt. An example is in Nairobi, where the Silicon Savannah project is Africa’s answer to Silicon Valley in California,” Pienaar says.

The construction industry on the continent is designing, building and operating buildings in an environmentally sustainable way, keeping up with global trends to use resources more efficiently.
According to Pienaar, it is largely unknown how new technology will affect construction. “However, we do know that construction has always lagged behind other industries in innovation, despite evidence that productivity increases of 30% to 40% could be achieved by adopting new technologies.”

“Businesses should see themselves as regional rather than domestic players and be adaptable, flexible, resilient and creative in their thinking. New relationships, knowledge and skills will need to be developed,” continues Pienaar.

He points out that the predictive capabilities of new technology, coupled with the large amounts of data now available through ‘the internet of things’, will transform business. “It will not only allow companies to effectively manage ‘big data’ in a way that they could not do previously, but it will also open the way for a new generation of robots which will act like ‘virtual humans’. They will serve as customer support workers which can engage in real conversations with customers, through analysing conversation patterns and the context and profile of the person they are interacting with. It is estimated that in 50 years, 30% of the working population could be made up of these robots.”

Pienaar emphasises that African innovation in construction can contribute to construction globally, since the continent’s rise has become a widely discussed international policy topic in current gloomy economic times.
“The sweeping optimism about Africa’s economic prospects has been reinforced by 2013 projections that the continent will grow faster than the world average. However, the content of the growth has been a source of discomfort among African leaders. They worry that this growth is linked to a commodity boom, which is fuelled largely by China’s demand.

“Africa’s ability to sustain its current growth will depend largely on how quickly it will be able to shift from reliance on traditional commodity markets to modern economic structures that focus on technology-driven development. The focus on innovation is emerging as a key theme in the African Union’s long-term strategy, Agenda 2063,” Pienaar explains.
Inyatsi Construction Ltd was first registered in Swaziland in 1982 and Inyatsi Construction Group Holdings (Pty) Ltd (ICGH) was formed in 2007 as the holding company of Inyatsi and its regional subsidiaries. The company has operations in Swaziland, South Africa, Zambia and Mozambique, as well as registered companies in Botswana and Namibia. Inyatsi and all its subsidiaries are ISO 9001:2008 certified and completed the NOSA 5 Star Audit and has been awarded four Platinum Stars.