The Federated Employer’s Mutual Assurance Company (RF) (Pty) Limited (FEM) staged its annual Health and Safety awards dinner in October, at which the company recognises policy-holding companies in the building and construction industry who have achieved outstanding Health and Safety records.

Held at Summerplace in Johannesburg, the event was attended by achieving companies, a host of specialists in the Health and Safety field, captains of the construction industry, economists and members of the FEM Board. 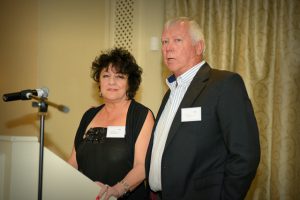 In her passionate address, Thelma Pugh, Managing Director of FEM reiterated her call for a concerted effort to reduce accidents in the construction sector. “The induction programme is the start,” said Pugh. “Management must not only be committed to a strong and meaningful Safety Programme, they must also translate that to excellence in Safety leadership.”

“Enforcement is not where it should be,” continued Pugh. “Our construction sites are plagued with workplace accidents. As part of our SAFEtember safety awareness campaign we need an #AccidentsMustFall initiative to ensure that nobody in our industry is dying for a job.”

Nico Maas, Chairman of FEM, joined Thelma Pugh at the podium to congratulate her on her 30 years of service to FEM and to the construction sector. “Thelma is about to retire after her lifetime’s hard work and dedication to FEM and the industry. We salute her as a mother, a gran, a good wife, and friend who looks after everyone.”

Maas also pointed out that FEM is currently celebrating its 80th anniversary.

Guest speaker, the renowned political analyst and author, Justice Malala, delivered an entertaining yet serious analysis of our country’s present situation, stating that we can expect political turmoil to continue until next December when the ANC elects a new leader; that it is a prerequisite to reduce the present unemployment level of 36.3% (8.9 million); and that we urgently need to correct our education system which is fundamentally wrong. 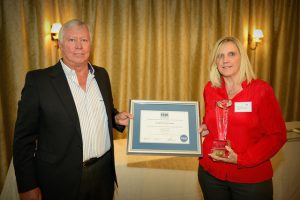 On the Awards, FEM’s IT Director Gys McIntosh, explained the awards criteria, saying that FEM recognises policyholders that achieve excellence in health and safety. To receive these awards, policyholders must meet or exceed very stringent criteria as set out by the Company. In addition to their normal merit rebate payment, policyholders also receive an additional rebate.

Special awards in categories Bronze, Silver, Gold and Platinum are also made to those companies with exceptionally low claims over a 10 year period. 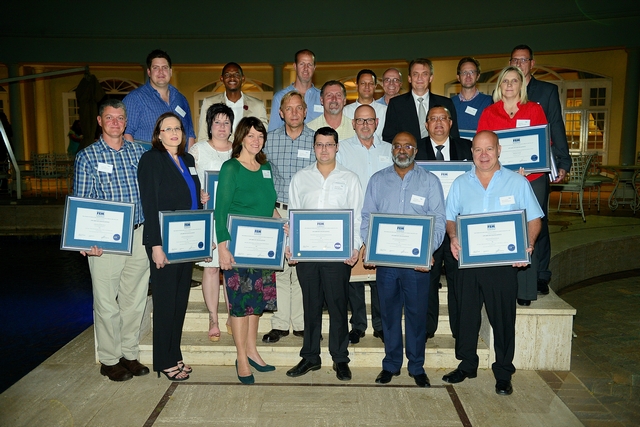 FEM Awards of Excellence 2016 – all the winners