New ITC-SA Board of Directors elected
At its Annual General Meeting held recently the Institute for Timber Construction (ITC-SA), whose vision is to create and maintain the highest standards in the engineered timber construction industry, elected its new Board of Directors. 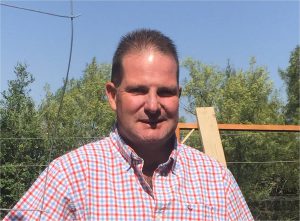 The following Directors were elected to serve a two-year tenure, ending in August 2018:

Co-Opted Board Member
Industry Director
Danie Hattingh (Master Builders Association)
Chris Hobson, incoming ITC-SA Chairman said: “My vision for the ITC-SA is to transform and grow our membership to include all role players in the timber construction industry by creating a ‘need to belong’ through initiatives that promote members’ commercial interests,” concluding “In so doing, we aim to make the ITC-SA a focal touch point for the industry with an authoritative voice that has the agency to influence policy and legislation in support of a prosperous future for the South African timber construction industry.”

The ITC-SA was established more than 40 years ago to regulate the engineered timber roof structure industry and to provide design, manufacturing, erection, inspection and certification for compliance with inter alia SANS 10400 and SANS 10082, where engineering rational designs are applicable.