Under the theme of Regulations For Sustainable Plumbing – A Case For International Standards, the event was attended by over 200 delegates from around the globe and was opened by the Deputy Minister of Higher Education and Training, Mduduzi Manana. 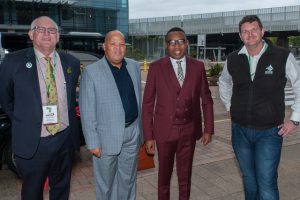 The conference was chaired by Prof. Mike Muller, Visiting Adjunct Professor at the University of the Witwatersrand Graduate School of Governance and renowned doyen of water security.

The opening plenary dwelt on research into plumbing matters and the need for the plumbing sector to change its thinking to do work in the broader areas of countries and not restrict operations to suburbia. This means extending the focus to include townships and rural areas. SABS standards executive, Dr Sadvhir Bissoon , spoke of the need for standards in securing a safe and healthy environment.

Critical to the whole event was that delegates were able to discuss issues from their experience at the rock face with the leaders of industry who are driving the discussion with governments, local authorities and industry bodies. 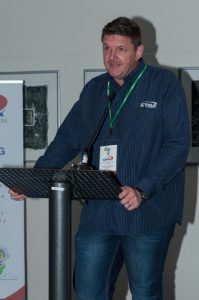 Lea Smith, President of IOPSA, addresses delegates and guests at the WPC Meet and Greet cocktail party sponsored by IOPSA

In a break with tradition, the Conference split into four breakaway sessions in which various speakers thrashed out pertinent issues that had been grouped under the themes of Energy, Sanitation, Environment, and Water.

It was agreed that the following outcomes, which apply to most countries, require immediate attention:

Establishment of compulsory standards and enforcement thereof
Promotion of the plumbing industry to end users, such as consumers, regarding health and safety and the role of the plumber.
Better thinking about water storage and collection as well as opportunities for plumbing to expand their businesses into this area.
Better regulations for water efficiency labelling systems.
Improved Training from leak fixing all the way to master plumbers and everything in between, such as solar and heat pump installation

Summary of Breakaway sessions:
Energy
Chaired by John Joseph, principal consultant and managing director at John Mech-El Technologies in Mumbai, India, who said that the major point that surfaced from the discussions is that energy conservation implies resource conservation.

Sanitation
Programme officer at the Bill & Melinda Gates Foundation, Sun Kim, chaired this session. Lawrence Benatar from Benatar Consulting presented on the topic of various configurations of drainage systems and the design of waterless urinals. Benatar also spoke about the antiquated regulations in South Africa and the need to update them. 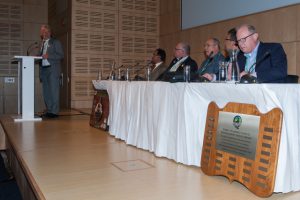 Environment
Erwin Reisch, chief executive officer of Stuttgart-based publishing house Gentner Verlag, chaired the sessions on the environment. Water and Sanitation R&D officer from the City of Cape Town, Nina Viljoen, spoke on “Access to water and sanitation services within informal settlements in the City of Cape Town: towards improvement and adaptation”.

Water
This session was chaired by Plumbers Without Borders president, Domenico DiGregorio.
DiGregorio gave an account of how vice-chair of the body, Fred Schilling, travelled to Haiti to assist with community sanitation. Schilling had been struck by the fact that no sewer system or other infrastructure whatsoever is in place, and implored improvements to be made within that context.

In conclusion, Gary Macnamara, Executive Director of the Institute of Plumbing South Africa, says it is expected that much more will come out of this in terms of outcomes once all the session chairs have completed their reports. “It is clear that the issues facing plumbing are worldwide and the World Plumbing Council, together with their full members – associations like the Institute of Plumbing SA – will have their work cut out for them, which is only good for the industry.”
Prof. Mike Muller is Visiting Adjunct Professor at the University of the Witwatersrand Graduate School of Governance. He was also a Commissioner of South Africa’s first National Planning Commission (2010-2015) and chaired the World Economic Forum’s Global Agenda Council on Water Security (2012-2014). He was Director-General of South Africa’s Department of Water Affairs and Forestry from 1997-2005