Master Builders South Africa welcomes the much-awaited Draft Construction Sector Charter which was recently released for the mandatory 60-day public comment period by the Minister of the Department of Trade and Industry who stated: “The Construction Sector Code remains one of the key sector codes that affect domestic infrastructural development and as such, is one of the catalysts for the implementation of B-BBEE in the country.”

The Amended Construction Sector Code recognises that the nature of the construction sector is dominated by joint ventures and outsourcing. However, in order to ensure that outsourcing does not dilute the actual benefits accruing to black people, it stipulates that no more than 25% of the value of a contract can be outsourced to an entity or entities with a lower B-BBEE status level.

This will also have ramifications that will need to be well understood for transformation to be advanced and take root in the new era of 30% ‘set-asides’ as contemplated in the Draft Preferential Procurement Policy Framework Act which is currently under consideration by National Treasury through the Office of the Chief Procurement Officer after the public comment period closed in July.

The above-mentioned DTI media statement was also preceded by a much welcome concession in the application and interpretation of Empowering Supplier Status which replaced Value Added Status under the renamed element of Enterprise and Supplier Development (ESD).

As per this notice, however, all suppliers with valid B-BBEE certificates issued before or on 30 April 2016, regardless of whether they are Exempted Micro Enterprises, Qualifying Small Enterprises or Generic Enterprises, are considered to be empowering.

The notice further confirms that all valid B-BBEE certificates issued on or after 1 May 2016 would also be deemed to be empowering, irrespective of the company size or black ownership, until further notice. This is a significant concession. MBSA urges all its members to ensure that they are in possession of valid B-BBEE Certificates.

Similarly we look forward to the finalization of the Draft Preferential Procurement Policy Framework Act. This will go a long way towards providing policy and regulatory certainty in what is an already ‘congested’ regulatory environment which also brings about ‘compliance fatigue’. We do however accept that regulation is a necessary evil which can sometimes become a blunt instrument if not applied and enforced effectively.

We commend the Minister of Finance, Mr Pravin Gordhan for the delicate balance he managed to strike under very difficult fiscal and macro-economic constraints as he delivered the Medium Term Budget Policy Statement (MTBPS) late last month.

It remains to be seen whether the Minister of Finance and the National Treasury in particular as well as the Government in general have done enough in terms of fiscal consolidation to stave off a potential ratings downgrade by the rating agencies when they visit the country next month. The country and the sector could use some festive cheer in what has been a tumultuous and whirlwind year.

On behalf of Master Builders South Africa, I wish you all a joyous, safe and relaxing festive season and a prosperous and constructive 2017. 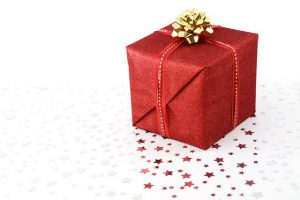