What does the transformation of global power markets mean for SA’s renewables industry?

According to a recently released report from the International Energy Agency (IEA), the surge in renewables energy projects globally has changed power markets for good.

Over the next five years, the IEA forecasts that renewables will remain the fastest-growing source of electricity generation, with their share growing to 28 percent in 2021, from 23 percent last year. 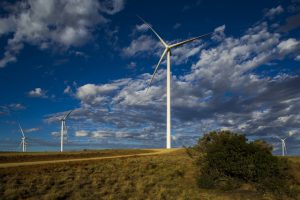 “We are witnessing a transformation of global power markets led by renewables and, as is the case with other fields, the centre of gravity for renewables growth is moving to emerging markets,” IEA executive director Dr Fatih Birol said in a statement.

South Africa’s Renewable Energy Independent Power Producer’s Procurement Programme (REIPPPP), which was launched in 2012, has contributed to the global uptake of renewables in recent years, but with national utility Eskom’s announcement that it won’t be putting out any more tenders for more renewables projects for, it remains to be seen what direction the country’s renewable energy sector will take and whether it can seize the opportunity provided by an increase in the demand for renewables.

According to Eskom, “To prevent a repeat of the R4.27-billion net economic loss recorded in the first six months of 2016, Eskom should not sign the remaining expedited renewable IPPs, including bid window 4.5. In addition, costs linked to bid windows 1 to 3.5 should be ring-fenced and funded separately,” the utility said.

The continued growth and opportunity for renewable project growth in both South Africa and the rest of the continent will be a keen focus area at the upcoming Africa Energy Indaba, Africa’s premier energy event – which takes place annually in February at the Sandton Convention Centre in Johannesburg. The event is the meeting place for Africa’s renewables deal-makers. At the 2017 event, as well as at its hugely popular annual IPP & PPA Conference, investors, renewables companies, utilities and African government representatives will come together to chart the way for a renewables sector in the region that continues to expand and attract investment.

According to experts sharing at the recent World Energy Congress in Istanbul, Turkey in early October, for Africa, public-private cooperation will be crucial.

In many rural contexts in Africa, renewables are providing an engine for local development and poverty reduction. However, wind and solar make up less than 5 percent of power generated, in part because of the challenges their variability poses to integration into the power grid.

The IEA further cautions that rapid progress in variable renewables, such as wind and solar PV, could exacerbate system integration issues in a number of markets, while the cost of financing remains a barrier in developing countries. These issues are now playing out in the South African context.

However, of the two-thirds of people in Africa without access to power, 80 percent live outside urban centres, therefore a mix of off-grid renewable power instalments could be the key to electrifying rural Africa with consumers buying power locally and paying via mobile phones.

Government support and a sound regulatory framework have been critical in countries where off-grid power projects, such as portable lights, rooftop solar panels and micro-grid electric companies, have been implemented.

The Africa Energy Indaba takes place on 21 and 22 February at the Sandton Convention Centre, Johannesburg