Outlook 2017 – from the Captains of our Construction Industry 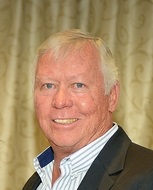 The NDP must shift from Plan to Execution:
Nico Maas, Past President of Master Builders South Africa and Chairman of The federated Employer’s Mutual assurance Company (FEM).

2017 is likely to be fairly similar to 2016. Although the municipal elections took place in 2016, which is one of the reasons for a sluggish performance in the construction industry, the new municipal leaders are still finding their feet and trying to get rid of corruption. On top of that the possible downgrade and the political uncertainty, both play a roll in how 2017 will pan out.

The NDP remains a plan and until the emphases can be shifted to execution, the economy is not going to benefit from “The Plan”. There is far too much red tape and fear for a qualified audit to really get things done.

Overseas investment is unlikely to make a big difference in 2017. Until the fraud and corruption get under control, investors will be hesitant to invest in infrastructure. The proposed nuclear plant/s are also not necessary if we invest in solar and wind and manage the storage properly.

South African construction industry is becoming a much safer place to work in, due to the awareness and safety programmes that are being run. The Lost Time Ratios have reduced dramatically in the last 10 years. In this regard, the efforts of FEM with industry associations have played a major role and more effort is planned for the future.

On Skills and training: There are no shortages of major skills in the industry, but the average age of artisans is very high and more emphasis need to be placed on training artisans. Over the years CETA has been blamed for the lack of training, but it is not CETA’s roll to organise training. Industry has to use the training institutions and claim their grants back from CETA for the training that was done.

Green building is more expensive than conventional building, in the short term, but with the projected increases in the price of electricity, the long term rewards for going green is under-estimated. The credits that can be claimed for going green, is also not well enough used.

Until we get rid of corruption and until government at all levels employ competent people to run the planning, tendering, awarding and supervision of contracts, there will not be sustainable growth in South Africa. It is a myth to think that you can push students through the system and that they will be skilled overnight to do what is required. Experience only comes from hard work and years of hands on appropriate work. 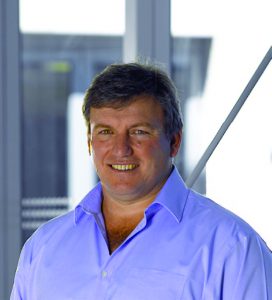 2016 Has been a rollercoaster ride for the world and our country. Even if some of it was anticipated I do not think anyone quite realized how much of a rollercoaster ride it was going to be. We have been charting turbulent waters to say the least and the new acronym of V.U.C.A (Volatility, Uncertainty, Complexity and Ambiguity) is going to be very real for us in the coming years ahead. This is the catchall and simply means “it is crazy out there”.

From strategist Eric J. McNulty the words mean the following:
Volatility: reflects the speed and turbulence of change
Uncertainty: means that outcomes, even from familiar actions are less predictable
Complexity: indicates the vastness of interdependencies in globally connected economies and societies, and;
Ambiguity: coveys the multitude of options and potential outcomes resulting from them.

Flexibility and resilience is going to be crucial for 2017 as the one thing we know for sure is that it is going to change. As an industry we need to try and remove the noise and keep asking the pertinent questions and adapting accordingly – often easier said than done.
Our industry and the traditional modus operandi has changed and is changing.

There is a new normal in the application of terms of engagement governing the construction industry with, new BEE grading and legislation, CIDB requirements ,contractual vigilance and Competition Commission outcomes and consequences exacerbated by weak growth, lack of confidence, budget constraints and skills shortages. Feast or famine still very much characterizes our industry, however it is more nodal than before.

South African construction industry has been in a slump since 2010 and the added impact of reduction of skills, slow roll-out of NDP, budgetary constraints and slow project starts or non- starts is constraining construction companies both in terms of delivery and profitability.

We can definitely see some form of rationalisation of the industry and a changing face of construction companies with more emphasis on SMME development. Who would have thought that Murray and Roberts would have unbundled the way they have. We should be seeing a lot more of these changers in our industry during 2017.

As largely categorized by the CIDB the sector is now also divided into large, medium and small projects. Government are breaking up the larger infrastructure projects into smaller packages to accommodate the smaller contractor and although this opens opportunities for more participation across the industry, it does mean that the larger established sector have to either find larger projects outside our borders, or restructure their companies.

Economic growth will remain lackluster in 2017 with the various nodes in the metropoles continuing to provide opportunities .As an industry we hope that the NDP and the infrastructure spend announced in Minister Gordhan’s MTF budget will start rolling out on a greater scale, and should this happen , and one is well positioned in terms of being aligned with respect to all the different requirements , 2017 should provide more opportunities. 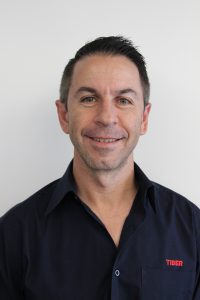 We are cautiously optimistic and firmly believe that there are good opportunities to be explored:  Jose Correira, Managing Director, Tiber Construction

It is important to note that our outlook is based on the market we operate in which is predominantly the Private sector within the Gauteng region.

We experienced reduced activity in the first half of 2016 which raised concerns going forward as to whether or not all the negativity surrounding our political environment was resulting in contraction due to poor investor confidence. Although this could be the case we must however note that activity over the last three to four months has increased as can be seen by the number of enquiries and tenders that have been circulated in our space.

This increased activity in the last few months has made us more bullish on the outlook for 2017, however margins remain under huge pressure which has been the case for some time and we don’t see much of a change going into 2017.

We must also note that many of these tenders are being submitted with unrealistic programmes which is evidence that developers are also under pressure to secure limited leasing opportunities with tight move in dates.

We believe that we are in for an interesting year ahead as the playing field undergoes major changes and restructuring as a result of additional pressure placed by Government in a bid to rebuilt relationships with the Major’s previously damaged by the Competition Commission’s findings. This will all add more pressure to an already struggling industry which is noticeable by the number of Listed Entities expressing interest in selling off majority share holding and in some circumstances leaving the space completely.

We are hopeful that due the avoidance of a ratings downgrade, foreign investor confidence will be boosted thus unlocking further opportunities for growth in our sector.

In summary even though employment figures for the year in the industry were up we did not feel these increased levels of work in our sector but as a result of recent increased activity, are more positive for the New Year. Due to the volatile nature of our industry we do however remain cautious on the outlook but still firmly believe that there are good opportunities to be explored for those who are prepared to invest the time and effort .