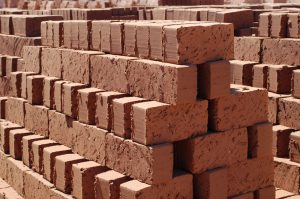 “What gets measured, gets managed.” Peter Drucker, management consultant, educator, and author.
By examining an activity we are forced to pay attention to it. By producing relevant and accurate measurements we can identify where improvements are possible, and then track progress against the benchmark. 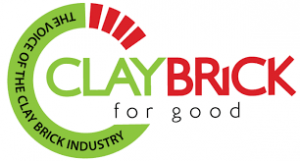 It was with this intention that the Clay Brick Association of Southern Africa embarked on a three year project to complete South Africa’s first industry-wide Life Cycle Assessment (LCA) for clay brick products.

The LCA was conducted by the University of Pretoria and co-funded by the National Research Foundation. The successful conclusion of the in-depth research study is a significant achievement for the Energy Efficient Clay Brick Project (EECB), an initiative funded by the Swiss Agency for Development and Cooperation (SDC) and implemented in South Africa by Swisscontact.

The mandate of the EECB project is to foster green and sustainable transformation in the Clay Brick sector by promoting technologies and methods that increase energy efficiency and reduce greenhouse gas emissions during the fossil-fuel-intensive production process. 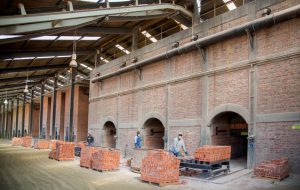 The VSBK kiln at Langkloof Bricks, an energy-efficiency improvement project facilitated by the EECB Project, uses 82.5 grams of coal per kg of fired brick. Just 2.5 grams of this is external fuel during the firing process.

Benefits for the construction industry
South Africa is the largest CO2 emitter in Africa and the 12th largest in the world. While many people target vehicles as a major source of greenhouse gas emissions, in fact the construction and operation of buildings (especially heating and cooling) makes up as much as 40% of all emissions.

The full LCA will allow architects to accurately calculate the lifetime environmental impact of using clay brick in a building, compared against other construction materials. Access to accurate data will make it easier to design “green” buildings that are naturally energy efficient.

Based on a weighted average, the production of 1kg of clay brick in South Africa is associated with the emission of 0.27 kg of CO2-equivalents. That is a total of 2.6 million tons of CO2 equivalents per year for the sector.

The findings of the LCA, which was completed at the end of 2016, will be released to the construction industry at a national roadshow later this year. 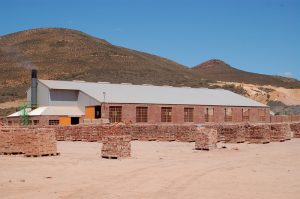 Worcester Brick’s new Habla zig-zag kiln not only improves product quality and reduces waste, but will more than halve the co2 emissions per brick produced.

Cutting CO2 emissions in brick-making
Even though environmental impacts from production are not dominant in the overall life-cycle, the clay brick sector is committed optimizing production processes.
The LCA findings from the extraction and production stage have already provided a direct and immediate benefit for CBA members. Brick-makers now have access to accurate and locally-relevant statistics on energy efficiency, emissions, strengths and challenges across a broad range of brick-making technologies.

The use of coal in brick-making accounts for most carbon emissions and pollutants like SO2 and nitrous oxides. Switching brick-makers to technologies proven to be more energy efficient will reduce South Africa’s total CO2 emissions and improve air quality.

Because brick-makers are constantly investing in more energy-efficient and environmentally friendly technology, the CBA plans to periodically update the LCA to assess the sector’s progress in addressing environmental hot spots.

With the assistance of the Energy Efficient Clay Brick Project, various brick manufacturers have already reduced their energy consumption since the LCA’s 2012/3 data collection period. Some have invested in more efficient firing technologies which considerably reduce their fuel consumption.

Based on the new LCA research, clamp kilns at Worcester Brick in the Western Cape were using 129 grams of coal per kg of fired brick, whereas the new zig-zag kiln uses just 66 grams. 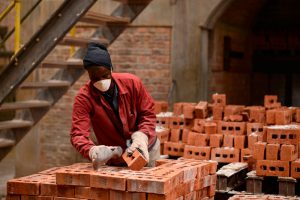 Background information
Methodology
The study adopts a holistic approach, evaluating all major environmental impacts as defined by the highly-regarded Impact 2002+ methodology: carbon footprint, ecosystems quality, natural resource depletion and damage to human health.
The study analyses the full life-cycle of clay brick:
raw material extraction and clay brick production;
construction including transport to site;
the operational life of the building, with the focus on heating and cooling energy and maintenance;
building end-of-life, disposal, recycling and reuse; and
social Life Cycle Assessment within the context of sustainable development.

The study was performed using specific production data from 86 out of the 102 clay brick production sites in South Africa which are members of the CBA. It is estimated that this covers about 95% of the South African national production.

The analysis was conducted in accordance with the ISO 14040 and 14044 standards with an external review. Figures are aggregated to protect the confidentiality of each company’s data.
The values for the electricity consumption during the operations phase of an average building in South Africa are based on the study “A thermal performance comparison between six wall construction methods frequently used in South Africa” (Vosloo et al., 2015) conducted by the University of Pretoria.

With respect to brick manufacturing, the main environmental impacts relate to the mining, production and burning of coal, which is the raw material used for combustion during firing.
Because South Africa relies on coal burning technology for the generation of electricity, changing to electric kiln technologies would not reduce environmental impact.