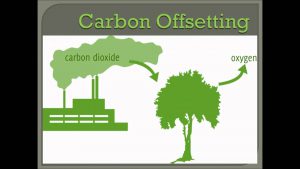 Are you actively reducing your carbon footprint?
Navigating the new Carbon Tax Law and the call for reduced CO2 emissions

The South African construction industry is well placed to play a key role in the reduction of CO2 emissions, in particular cement manufacturers and clay brick production plants – many of which are in fact well advanced in these programmes. 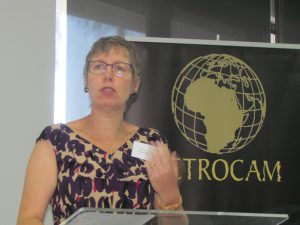 To this end, South African Builder attended a highly informative session about the Carbon Tax and Carbon Offsets held in March 2017 in Johannesburg under the auspices of the Spanish Chamber of Commerce in collaboration with the Minara Chamber, the Nordic Business Association and the Southern African Netherlands Chamber of Commerce (SANEC). Here leading Carbon Advisor and Director at Promethium Carbon, Ms Harmke Immink, delivered an enlightening address entitled “How to Navigate the New Carbon Tax Law and the Call for Reduced CO2 Emissions.”

“Under the draft legislation, carbon offsets enable firms to cost-effectively lower their carbon tax liability,” said Immink. Carbon offsets are down from R120 per ton in 2012 to around R20 per ton today, resulting in many companies putting their offset programmes on pause. But with South Africa’s CO2 emissions being twice the world average our generation has the enormous responsibility to mitigate climate change trends and drastically reduce carbon emissions over the next decade.”

Immink went on to describe the Peak Plateau and Decline trajectory (PPD) which is designed to govern and coordinate South Africa’s reduction of CO2 emissions at national level through to 2050.

“Although there is currently much uncertainty around the structure of carbon tax, its links to carbon offsets and the implementation of the new Carbon Tax Law arising from disjointed government departments such as Treasury, the Department of the Environment and the Department of Trade and Industry – the message remains clear: companies need to keep the door open and be well prepared regarding carbon offset credits,” concluded Immink.

On the economic front, Dennis Dykes pointed out that there is much energy incentive for carbon offset trading in the manufacturing sector, in particular plant such as smelters, cement manufacturing kilns and conversion of coal fired brick-making kilns to gas.

In this vein “The nuclear deal could go badly wrong” said Dykes, stressing that the direction South Africa should take on energy is to build renewable energy production to satisfy around 80% of the demand – thus inherently reducing the country’s carbon footprint.