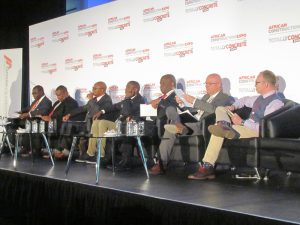 This year’s African Construction and Totally Concrete Expo held at Gallagher Estate in Midrand in May was, according to the organisers, Africa’s largest gathering of built environment professionals to date.

The exhibition halls and outside exhibits were of an all-time high calibre and were well attended by delegates and visitors. In addition, the concurrent workshops and leadership forums delivered interesting and lively debate.

At the Captains of Construction and Infrastructure forum, the opening address was delivered by Hubert Danso, CEO Africa Investor led the session, who, by way of introduction pointed out that Africa’s emerging markets would experience a growth from the present 16% to 60% by 2025.

Danso welcomed MEC of the Gauteng Department of Infrastructure Development, who delivered the keynote address on behalf of the Minister of Human Settlements, Lindiwe Sisulu, who was apparently unable to attend.

Mamabolo focused on government’s future strategy to address the shortfall in housing, announcing a paradigm shift from the traditional large numbers of small housing projects

to large and fully integrated projects, well located in or near urban growth points Such projects would be designed from scratch as new towns of around 15 000 houses each, with fully integrated infrastructure built-in, including schools, shops, clinics, commercial areas, police stations, and business incubator.

Once such projects were launched by government, Mamabolo pointed out that the private sector would then need to take the lead and that private/public sector partnerships (PPPs) would be key to the roll out of these projects.

Paramount to this announcement is that for these projects the application of alternative (innovative) building systems (IBTs) have been approved for inclusion as an optional construction option. Mamabolo emphasised that such IBTs must conform to pre-set standards and be must be accepted by communities.

Government grants will provide funding to municipalities for these projects, which will also provide massive opportunities within in inner city development.

Wasnaar Hlabangwane, Chief Director of Construction Management (National), Department of Public Works followed with his address, delivered on behalf of the Minister of Public Works, Nathi Nhleko. Here again Nhleko emphasised the need for good governance and accountability and that PPPs are the way forward. On industry transformation, he noted that the construction industry is “top heavy with males” and that empowerment of women is to become a real practice. 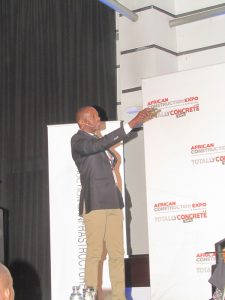 Webster Mfebe, CEO, the South African Forum of Civil Engineering Contractors (SAFCEC) ignited the discussion with a passionate call on government to involve contractors at an early stage

At this point Webster Mfebe, CEO, the South African Forum of Civil Engineering Contractors (SAFCEC) ignited the discussion with a passionate call on government to involve contractors at an early stage and to second professional people to projects, citing the City of London’s progressive and successful initiatives in this regard, where contractors are compensated for their submission of ideas – even though they may not be awarded the contract.

“Appoint the right people with the requisite skills,” implored Mfebe. “On many projects there is sometimes no semblance of project management stability.”

Mfebe went on to highlight the problem of “absentee leadership”, where government leaders at various levels are simply not they are not there and not available to engage with.

On PPPs, Mfebe said: “Although there is a strong case for PPPs there is an urgent need to streamline – eliminate – the laborious stages of red-tape. It is value-for-money that investors seek, along with good return on investment.” 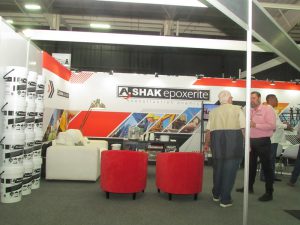 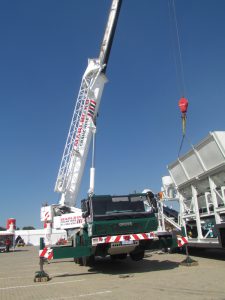