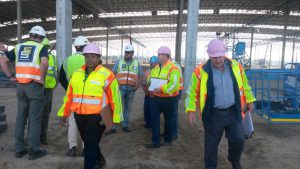 Promoting occupational health and safety in the South African building and construction industry.

Let there be no doubt that this is indeed an enormous task, conducted by recognised professionals in the field of Construction Health and Safety. 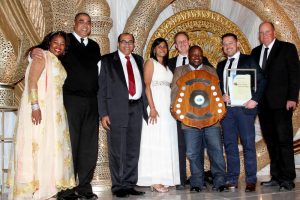 Readers will be pleased to learn that this year’s Competition will be overseen and coordinated by Pierre Fourie, the recently retired MBSA operations director.

In keeping with the customary high standard of the national competition and in the interest of transparency, Master Builders South Africa have appointed ASHREQ Environmental and Occupational Hygiene Consultants (Pty) Ltd as the independent auditors. ASHREQ is an associated member of the MBA North. Selection of the judges and their subsequent appointment takes place in June, with judging scheduled to take place across the various construction sites around the country over a five-week period during July and August.

All companies competing in the national competition will be invited to the attend the annual awards ceremony at the Federated Employer’s Mutual Assurance Company (FEM) gala dinner event which will coincide with Master Builders’ 112th Annual Master Builders Congress in Cape Town in September. Company representatives of the category winners will be awarded with certificates and the much sought after safety shields for display in the head office board rooms for the next 12 months.

Master Builders South Africa is very proud to be associated with FEM who will again be funding the cost of judging the national competition.

From the humblest of beginnings in 1963, which saw the first Building Safety Competition in South Africa, the annual Master Builders’ National Safety Competition is now a well-established and highly recognised event on the building industry calendar, with some 45 construction companies competing in ten categories, which range from builders’ yards to building projects in excess of R500 million in value.

The safety competition is open to all Master Builder Association (MBA) members and Federated Employer’s Mutual Assurance Company (FEM) policy holders. Entrants to the national competition will have competed in the regional MBA safety competitions and their sites will have achieved a score of 90% or more or have been awarded a five star-grading based on the MBSA Audit System.

Posted in MBA and MBSA news and tagged construction health and safety.