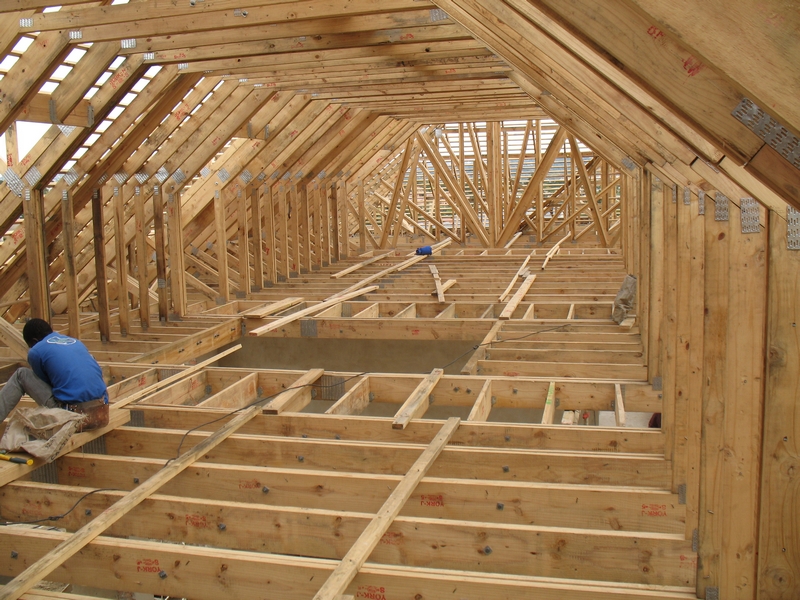 While there are a few misconceptions around the fire performance of timber, structural timber for roofing is both commonplace and performs well under fire conditions. As with every aspect of building, timber roof trusses must be manufactured and erected in line with the National Building Regulations and SANS 10400, which provide for fire safety.

Building regulations, set in place by bodies such as the South African Bureau of Standards (SABS) after extensive research and consultation with industry experts, consider all aspects of a given building material’s composition and properties to ensure that it meets the same safety and performance standard as any other building material in the same application. 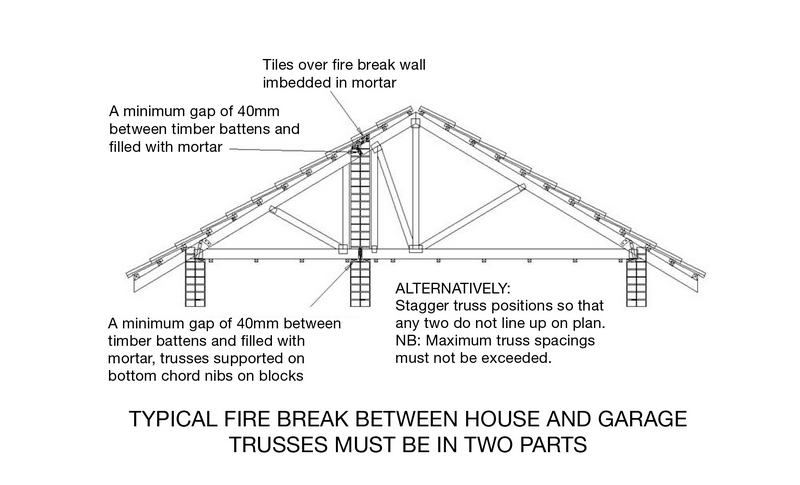 The Department of Public Works’ revised Guide to Architects on the subject of fire safety (1998: pp. 3), addresses the matter of fire walls in roof spaces as follows:

“Fire walls, where required, shall be carried up tightly against the underside of the floor except that combustible minor structural members, such as battens, to which roofing material is directly fastened, may be permitted. Purlins must not penetrate a fire wall for a distance greater than 80 mm, but if they penetrate from both sides of the wall, at least 80 mm of non-combustible material must separate them.”

While the Institute for Timber Construction South Africa (ITC-SA) does not make the regulations governing timber construction in South Africa, as part of its endeavours to promote and protect the industry, its players and the general public, it interprets and disseminates them. It is the responsibility of all players, from the manufacture to erection and inspection of timber roof trusses to enforce the regulations; even engineers who sign off on a non-compliant roof structure could well be put to task by the Engineering Council of South Africa (ECSA).

Professor Walter Burdzik of the Department of Civil Engineering at the University of Pretoria confirms, “Any failure of a truss plant or roof inspector to insist on the separation of roofs per fire regulations needs to be reported to the ITC-SA. The same principle applies to low-cost housing; just because a roof is over a low-cost house does not justify deviating from National Building Regulations.”

The Institute thus urges all responsible along the timber roof truss value chain to play their part and act in accordance with both the National Building Regulations SANS 10400 and Building Standards Act 103 of 1977.