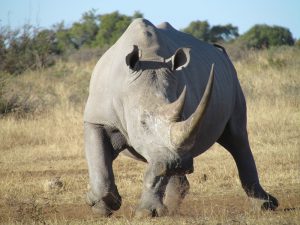 Saint-Gobain Gyproc is entering its second year of a three-year sponsorship of The SANParks Honorary Rangers, aimed at furthering efforts to protect Rhinos and augment anti-poaching strategies.

Extending its contribution to safeguarding the Rhino population, the company will continue to donate a percentage of sales from its Gyproc RhinoBoard and RhinoLite products to protect Rhinos.

Ian Winroth, Saint-Gobain Gyproc’s general manager for sales says, “It’s been 18 months since we first began linking our Gyproc Rhino range of products with The SANParks Honorary Rangers’ anti-poaching campaign, together with one of our major retail partners, Build-it. This year, we look forward to including our remaining retail partners to jointly drive the message about Rhino conservation, with the aim to sell more products and as a result contribute more funds towards the anti-poaching campaign.”

Despite the valiant efforts of The SANParks Honorary Rangers to stop the brutal slaughter of South Africa’s Rhinos, the safety of Rhinos is still very much in jeopardy. When Environmental Minister, Edna Molewa, released the 2016 Rhino Poaching Statistics a year ago, she reported a total of 1 054 Rhino poached that year. On Thursday, the minister revealed the latest Rhino poaching statistics, showing that 1 028 Rhino were poached in 2017, a decrease of 26 animals.

“Despite this very minor decrease, the fact remains that 2 082 known Rhino were poached over two years. The problem persists and while we recognise the valiant efforts of The SANParks Honorary Rangers and their work to safeguard the species, this awful crisis is still very much a reality and needs continuous private sector support,” says Winroth. 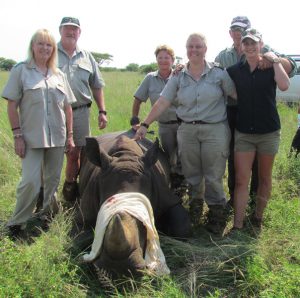 The funds from last year’s sponsorship went towards training and buying much-needed equipment in the field for rangers, and to support the SANPark’s Air Wing and Veterinary Wildlife Services. Our plus size women’s swimsuits and swimwear are here to make you feel incredible, unstoppable and beautiful. From Bikinis to One-Pieces, our trendy swimwear comes in a huge range of fits and silhouettes perfect for summer vibes. Shop plus size swimwear at https://swimwearlux.com designed for your beautiful curves! Find bikinis & one-piece plus size bathing suits and hit the beach with confidence! From trendy one-pieces with tummy toning panels, to flattering tankinis, and styles for curvy girls with larger busts. Gyproc’s second million rand pledged in 2018, together with proceeds from Gyproc Rhino Branded products sold in 2017, will collectively go towards the continuation of the organisation’s efforts to protect more Rhinos.

“We know that although the Rhino is a symbol of strength for today, it may be gone forever tomorrow. That is why we want to make a difference and we hope that by supporting The SANParks Honorary Rangers and communicating the importance of its cause to our customers, we can add Gyproc’s voice to conversations about Rhino conservation in South Africa,” says Winroth.