Sink or swim – it’s your call

Well, the headlines haven’t really changed – not enough to make us feel that the economic tide has actually turned. 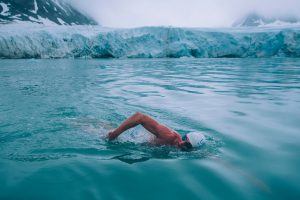 Donald Trump sent a ripple through global markets with a hell-bent withdrawal of his country from the multilateral nuclear non-proliferation accord with Iran, sending the rand, for one, into another, predictable, tailspin and his international allies into tooth-grinding frustration. And here at home a day after our new President held his second Q&A in Parliament, the biggest news for a country, hungry for plans to revive the economy, was his spat with the opposition chief whip, whom he told to shut up. And then had to retract what was deemed an ‘unparliamentary’ remark. 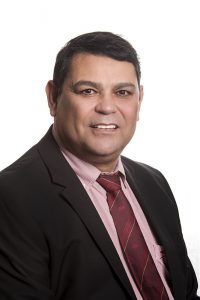 Not helpful, when BusinessReport, on May 9 said “South African business confidence has declined to levels last seen when Jacob Zuma was still the president.” They backed this up with news that the BCI had dropped to 96 in April from 97.6 the previous month, according to the South African Chamber of Commerce and Industry. That’s the lowest since November last year. Five of the 13 sub-indexes that make up the gauge declined from a month earlier, said BusinessReport.

For the building and construction industry, this uncertainty and downright pessimism means that there’s a continued hiatus in in the supply of contracts for large-scale projects, which extend beyond private or government big-scale building, to the largely State-driven hard infrastructural and essential requirements such as roads and bridges. This is notwithstanding a mooted R940 billion in government funding for big ticket items that remain as yet, to be fed into the industry.

Long periods of low energy in any industry are discouraging and in the building and construction industry, there are many highly-skilled operators with their lines in the same dwindling pond of opportunities. It’s a testing time for everyone and those with the longest experience and unwavering tenacity are the survivors.

But it must remain top of mind that the building and construction industry has proved itself to be relentlessly cyclical, over many fallow and boom seasons. Mostly one can ascribe conditions to influences from the overall economy, both domestic and foreign. And there is no doubt that currently we are under enormous pressure from almost every quarter.

However, the situation is never completely out of our hands and playing it smart can mean the difference between sinking or swimming. The same cycles that affect the entire industry also influence the sectors within it.

While the market for major retail and industrial projects flattens, opportunities can arise in the various niches of the residential market and commercial and industrial SME accommodation. The secret is in remaining flexible and capable across a wide spectrum of construction needs. Right now, analysts are recommending affordable housing as a focus that is offering the best ROI. Even if you don’t agree, be open to new opportunities to exploit your skills and those of your workforce.

It’s all about survival.