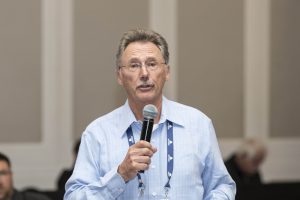 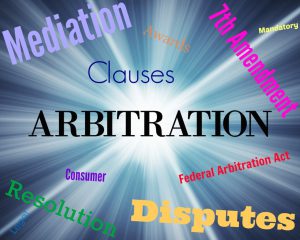 Disputes in the Construction field can be resolved in many different ways; however, a very popular method adopted is that of Arbitration. In order for there to be an Arbitration, there first needs to be a dispute and also there needs to be an Arbitration Agreement between the respective parties. If the parties have contracted on any of the JBCC or MBSA building agreements, then all of these contain an Arbitration Agreement. What is important, is to ensure that your Arbitrator is either the person named in the Contract Data; is appointed by mutual agreement; or is nominated by the Nominating Authority in terms of the Agreement entered into between the parties. Once the Arbitrator has been appointed, he/she will then contact both parties to the dispute, for purposes of setting up a Preliminary Arbitration Meeting. This will probably be the first time that the parties meet with the Arbitrator and at this meeting, he/she will deal with all of the procedural items and will set dates for the filing of submissions, but he/she will not hear any evidence at this meeting.

The Arbitrator is then empowered to determine the dispute between the parties in an independent and impartial manner. It is imperative that there must be no bias, or perceived bias, on the part of either party in regard to the conduct of the Arbitrator.

At the Preliminary Arbitration Meeting he/she will also discuss with the parties the rules under which this Arbitration will be conducted and those rules commonly are the Standard Procedure Rules (2018 edition), or the Restricted Representation Rules. These rules are published for the conduct of Arbitrations, by the Association of Arbitrators of Southern Africa NPC. This Association is frequently called upon to nominate Arbitrators in especially the construction arena.

After the Preliminary meeting has taken place, the parties will then respectively file their Pleadings and once the Pleadings are completed, the Arbitrator will normally set the date for an Arbitration hearing. An alternative to this, would be for the Arbitrator to make his Determination based on documents only, but this is entirely at the election of the parties.

In Arbitration the parties may be legally represented and may call expert witnesses as well as witnesses of fact. It is only where the Restricted Representation Arbitration Rules are applied that a party may not be legally represented and this is in order to save on costs and generally these types of disputes are of a domestic nature and the value of which is relatively low.

After the Arbitration hearing, the Arbitrator will make his Award, which is equivalent to a Judgement. This Award may be referred to the High Court by means of an Application for purposes of making the Award an Order of Court. If that route is followed, then the Award will carry the same weight as that of a High Court Judgement.

Generally, there is no appeal to an Arbitrator’s Award; however, this can be arranged if it is incorporated into the Arbitration Agreement before the dispute has arisen.

In terms of the Arbitration Act, the Arbitrator should make his Award within four months of entering upon the reference; however, this time restriction may be extended by mutual consent in writing by the parties. Once the Arbitrator has made his/her Award, it is final and binding and that resolves the issues in dispute referred to him/her for resolution.