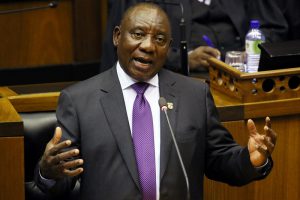 In what is without doubt the most decisive and sweeping State of the Nation (SONA) address since 1994, President Cyril Ramaphosa addressed a wide range of burning issues crucial to the reparation of South Africa.

Across all sectors, from local and foreign investment, State Owned Enterprises (SOEs), to education, National Health, the NPA and corruption, he addressed each with a clear measure of action – much of which has already been put in motion in recent months – in particular the restructure of the Boards of all SOEs.

On infrastructure and construction, Ramaphosa stated that Cabinet has adopted a new infrastructure implementation model which is underpinned by the new Infrastructure Fund announced in September last year. “Government has committed to contribute R100 billion into the Infrastructure Fund over a 10 year period and will use this to leverage financing from the private sector and development finance institutions,” he said.

Although we’ve heard this before over the past 10 years with the elusive R845 billion to be made available for infrastructure which never ever materialised – the very pace, leadership and determination demonstrated by Ramaphosa carries significant credibility and bodes well for the future.

“Infrastructure development is the flywheel of the engine of our economy and has yielded tremendous benefits for the country,” said Ramaphosa. “These infrastructure investments will also continue to grow our economy and create many new jobs in construction and other sectors.”

As a first step government plans to expand projects underway already, such as housing and student accommodation, and aims to build deeper partnerships with the private sector and communities in the planning, building and maintenance of infrastructure.

“We will also strengthen the technical capacity in government to ensure that projects move faster, building a pool of engineers, project managers, spatial planners and quantity surveyors – an action team that can make things happen faster on the ground,” continued Ramaphosa.

This is indeed music to the ears of the building and construction industry which has been in dire straits for a number of years.

But this is no magic wand. All the proposed investment and correctional plans incorporated into SONA will take time to implement and deliver – not to mention that very little will happen until after the elections as investors and new projects watch warily to see that all goes smoothly.

In a surprise move, Ramaphosa also demonstrated government’s commitment to new technologies: “In line with our Framework for Skills for a Changing World, we are expanding the training of both educators and learners to respond to emerging technologies including the internet of things, robotics and artificial intelligence. To ensure that we effectively and with greater urgency harness technological change in pursuit of inclusive growth and social development, I have appointed a Presidential Commission on the 4th Industrial Revolution.

So it appears that we may at last have true leadership evolving in our country, with a clear focus on repairing the damage inflicted over the past 10 years.

What remains to be seen is whether those tasked with driving this ambitious plan have the will and the the drive to see it through in the long term. And can we as South Africans rally to support this drive in every way possible by putting our shoulders to the wheel and reviving our county to its former glory.