WHAT HAPPENED TO THE SILVER LINING?

The term ‘life can turn on a tickey’ was never more appropriate, as South Africans, in a matter of a week, saw what they believed was a bit of a silver lining in the dark economic clouds, become a load-shedding nightmare that once again threatens to plunge us into darkness.

In his State of the Nation address, on February 7, President Ramaphosa sketched some very positive prospects for South Africa, with a fresh look and apparently workable plans for implementing the obvious remedies towards economic improvement. Most optimists believed that the speech contained more than empty promises.

But when, within days, the core of the country’s growth potential – the vital power grid on which every enterprise depends – reached near collapse, well, the silver lining and the light at the end of the tunnel suddenly lost their lustre. 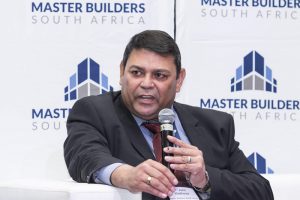 It wasn’t a bad plan that the President presented so we could not be blamed for feeling a bit more cheerful – I had actually penned a pretty positive Comment for this month’s SA Builder. But even while he was making plans to cut Eskom up into manageable bits, the President was apparently unaware of exactly what a mess the utility was in – and how close it was to the brink of disaster. ‘It came as a shock!’ he told bewildered South Africans.

When it comes to his basically 10-point economic rescue plan, if applied in full, or even in achievable stages, it addresses each of the core concerns of all thinking South Africans. Changes to each of the issues he prioritised can only mean improvements in the lives and the general outlook of South Africans – aside from the way the international community will view this country.

But we must keep in mind that this is an election year, and there are promises aplenty at a time like this. And not knowing your power utility is broken makes the President’s promises a little suspect.

So we, as corporate and private citizens of South Africa, have a massive and now increasing responsibility to monitor the progress of each of the reforms that he promised, and to keep him and his government accountable and responsible.

The reform of each of these issues is key to our progress and wellbeing as a national community.

So, to quote President Ramaphosa himself – watch this space.

Posted in MBA and MBSA news and tagged from the desk of the president, john matthews.