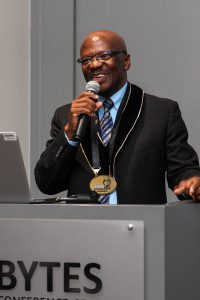 The news that Group Five has filed for bankruptcy protection has come as yet another blow for South Africa’s construction sector, following shortly after a disappointing 2019 budget speech that offered little hope of significant infrastructure investment in the foreseeable future, says the President of the Master Builders’ Association (MBA) North, Musa Shangase.

MBA North, which represents members in Gauteng, North West, Mpumalanga and Limpopo, says the construction sector has suffered several consecutive quarters of slow – and even negative – growth, creating a ‘state of emergency’ for large and small construction firms alike.

“While we understand the predicament the new Finance Minister is in, we believe the budget was not a visionary one. It cut spending on education, infrastructure and housing – all areas that could have boosted the ailing construction sector,” says Shangase. “And it must be noted that infrastructure development is the cornerstone of the economic growth of this country. If we want to achieve the growth goals set out in the National Development Plan, we need to fast track the execution of the plan and start investing in infrastructure development, which would boost investor confidence and catalyse an economic turnaround.”

Shangase says indications are that the same key stumbling blocks that emerged in recent years will continue to hamper growth in the construction sector. “The government is awarding fewer projects and has been slow to pay, which is crippling stakeholders,” he said. “We’re seeing even large contractors facing business rescue and liquidation as a result, while for sub-contractors with no cash flow, the wait of 180 days or longer for government payment is devastating.” Another challenge, he says, is local business forums demanding a 30% procurement allocation on every construction project, usually leading to delays, costly training and a risk to project quality.

Shangase says: “The Group Five news underscores the fact that the continued slow release of infrastructure projects and payments will impact the sector, with more major construction industries going into collapse if these problems are not given workable solutions.”

Shangase says 2018 was a challenging year for the MBAs, for the construction industry as a whole and for the economic growth of the country.

The Construction Industry Development Board (CIDB) small and medium-sized enterprises (SME) business conditions survey has shown that civil contractor confidence fell by six index points to an historic low of 27 during the third quarter. Weakness in all the underlying indicators, especially construction activity, contributed to the drop in confidence. Meanwhile, general building confidence has been trending downwards since early 2017.

“In light of the infrastructure budget again being compromised and funds reallocated elsewhere, our concern is that we have fallen behind in terms of the NDP goals. If we want to achieve the growth goals envisaged in the NDP, we need to invest in infrastructure development now. But unfortunately, the NDP has been on the shelf since 2013. At this stage, the only positive note is the fact that we have a plan, but unless it is executed, our industry will die and South Africa’s economic growth goals will not be realised,” he says.