Barrow and MBA North enjoy a long and fruitful relationship

Barrow Construction (Pty) Limited is the oldest construction company in South Africa. SA Builder speaks to John Barrow, Managing and Contract Director, about the company’s 122 years of existence and its long-standing ties to what is now the Master Builders Association North (MBA North). 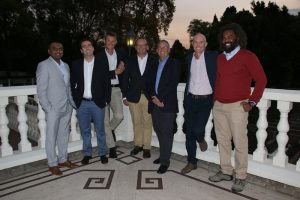 What is the backstory of Barrow and its association with MBA North?

I am John number five out of a line of John Barrows that have worked for the company. My great grandfather was one of the first Presidents of the MBA as it was known then. Subsequently, my grandfather, my father and myself have been Presidents ̶ I was President in 1997 and our relationship has evolved over the last 20 years.

We had our 120th company celebrations two years ago, and the firm really started off as a joinery shop in Doornfontein in 1897, when Johannesburg was a tiny mining village. My great grandfather was a friend and colleague of the famous architect, Herbert Baker, and many of the early Johannesburg buildings were done in collaboration; for example, some of the well-known houses on the Parktown Ridge, the Medical Research Centre and Saint John’s College (Baker designed the new Houghton school buildings).

We have grown up with the history of early Johannesburg and I have had the privilege of learning from my father, his brothers and our grandfather before them.

What was Barrow’s first project? 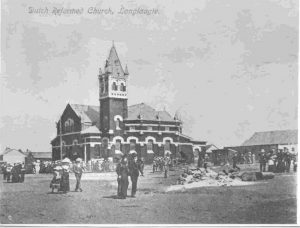 This was the Dutch Reformed Church, known as Paarls Hoop (Langlaagte) and was built in 1899. The architect was Hermann Kallenbach, who was a Lithuania- born Jewish South African architect. Kallenbach was one of the foremost friends and associates of Mahatma Gandhi, and was introduced to the young Gandhi while they were both working in South Africa. After a series of discussions, they developed a long-lasting friendship.

What is your view of the state of the SA construction industry in general and what are the projects Barrow is currently undertaking?

The industry has become fragmented and the need for a “Builders’ Club” has declined because the world has opened up. As we’ve grown, our needs for services has diminished, unlike the days when there was a Building Industry Council and we were heavily involved in wage negotiations.

Training in the industry has also fragmented and the fact that companies don’t employ massive numbers of people anymore, due to the tough economic environment, has also factored into the changes. We still employ a fairly large labour force, however.

We are engaged in major construction activities in Sandton, Rosebank and Waterfall and we’re in joint venture with Attacq with the Waterfall project, which is on the west side of the Mall of Africa; we’re busy with an office block and a hotel on a super basement. We also have a project at Menlyn on Maine but most of our work is in Rosebank. 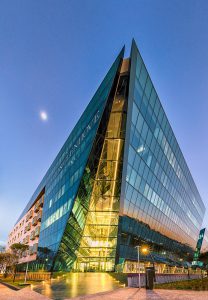 Oxford and Glenhove building at night