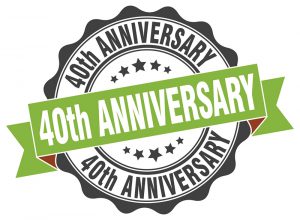 Quality and technical excellence has been on the forefront for Terraforce since 1979. 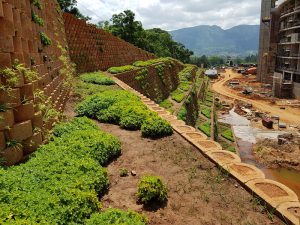 A Terraforce project in Swaziland designed using the Terrasafe software

2019 marks the companies 40th anniversary of being engaged in the earth retaining and erosion control industry. Initially as a supplier and installer of wire mesh gabions, Terraforce soon switched to the more sustainable concrete block method of their own design that was pioneered in 1984. Proven as a solid choice, and with only one competitor in this sector situated in Europe, their business has grown steadily and is now represented by dedicated licensees on all continents around the world. 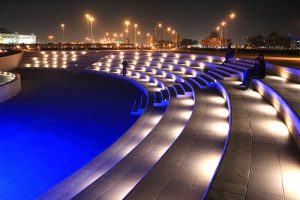 The blocks require low hardware input for manufacture, low transport costs and low inventory requirements at sales outlets. Being hollow, yet strong enough, they require less concrete to do the job when compared to solid block systems. All Terraforce earth retaining systems are plantable, and if irrigation and maintenance is set up properly an installed wall can be completely covered in vegetation.

From the beginning Terraforce knew that robust research, testing, and design guidelines were indispensable, not only as a service to their customers, but also to keep the free-riders that can and do pop up at bay. Over the years several laboratory tests (crushing resistance, inter-block sliding resistance, block-geogrid connectivity tests and block-geogrid shear resistance), three design manuals and a wealth of supplementary information were conducted and published.

Says Holger Rust, Founder and Member, Terraforce: “In 2004 our first design software was launched, and soon many of our clients requested the introduction of a design service. Subsequently Terrasafe (a professional design service for exclusively for Terraforce walls) was launched in 2011 and in 2018 we launched a state-of-the-art design software, Maxiwall – another design tool for experienced professionals. 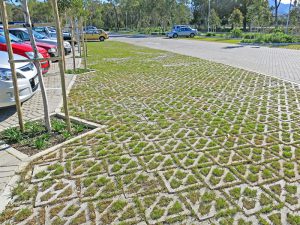 “Currently we are completing a comprehensive design course for gravity and composite retaining walls, in compliance with SANS 207 - based largely on BS 8006. This necessitated the verification of some of the findings of the aforementioned tests conducted in 1991 and 1995 (in South Africa and Canada). 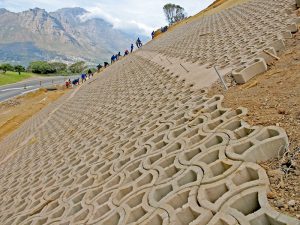 To achieve this, we commissioned Curtin University in Perth, Australia, under the guidance of Johan Joubert of Wave International, to conduct shear strength tests between closed-face Terraforce blocks and geo-grids in accordance with ASTM-D6916-18, which is a performance test based on the strength between segmental concrete units (with and without geosynthetic reinforcement) used in design of reinforced soil retaining walls. The report conclusively re-confirmed shear strength between the blocks and geo-grid material.

Going forward, we plan to unfailingly re-affirm our position as an ethical business by practicing fair competition, truthful representation and honest advertising. Above all, we will continue developing our knowledge base and skill to the highest level of excellence. Considering this commitment, we are also currently looking into achieving a green certification from a reputable authority.” 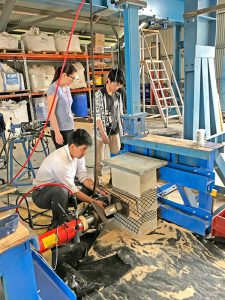 Shear strength test on a Terraforce block in progress at Curtin University, Australia