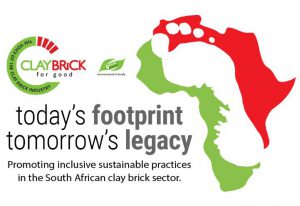 The Clay Brick Association AGM & Conference held in May 2019 focused on topics that improve sustainability in both clay brick production and the built environment.

Carbon Tax has taken a long time to come to fruition, but it is here in South Africa from 1 June 2019.

“We are engaging with both formal and informal brickmakers, the public sector and construction professional like architects, quantity surveyors and construction buyers. We keep the industry informed on legislation and opportunities for improved energy efficiency in both brick manufacturing and the built environment. 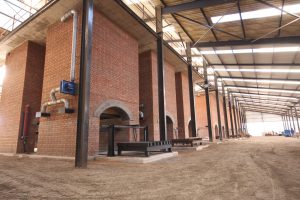 “We are proud to announce that over the last 5 years, the CBA’s programmes have resulted in a 10-15% reduction in the clay brick industry’s greenhouse gas emissions,” she concludes.

Carbon Tax is for Scope 1 emissions – “polluter pays principle”. It calls for R120/tonne of Co2 equivalents, but with the allowances, the actual liability is between R6 to R48 per tonne of CO2e. A fuel levy of 9/10 cents will be imposed on petrol/diesel due to the Carbon Tax. Payment of the Tax will be done via the Customs and Excise Act. Misinformation submitted will result in substantial fines.

As part of its Switch Africa Green programme funded by the European Union, the CBA has established an online portal that will benchmark the industry and assist in calculating some Carbon Tax allowances. The consolidated, anonymous reporting identifies where real savings are being achieved by members, and provides accurate, local research for potential future mitigation projects.

SANS 10400-XA (Version 2) on energy-efficiency in buildings is on track for publication this year.

The construction industry professional will be pleased to hear that it is more user-friendly and there is no reference to SANS 204. The reference building route to compliance exists in the Regulation and will thus be scrapped from the standard, leaving only two routes to comply: The tables and the “recipe” route. An important change is the map revised by the CSIR. The new map reflects energy zones (rather than climatic zones) that consider the energy (and humidity) needed to achieve thermal comfort inside a building.

The energy efficiency performance requirements within this standard are being made slightly more stringent. While the regulations for non-masonry walling remain unchanged, there will be a higher thermal performance requirement for masonry walling. This means that concrete and brick walling will require some kind of thermal intervention – such as a cavity wall– which is more difficult to construct.

The thermal performance requirement for walling will further depend on the type of building and the hours of day the building is used.

“I believe the biggest impact of the revised SANS 10400-XA in the market will be in terms of masonry walling,” reports Lisa Reynolds.

“The previous standards were quite low. In poor communities cavity walls are a challenge, and developers will need to consider composite walling with insulation in order to comply.”

The tax rebates for energy efficient projects – Tax 12i and Tax 12L – were launched in 2013 as incentives to save energy and thereby reduce Carbon emissions. Tax 12L offers a rebate of 95 cents per verified kWh saved (confirmed by a SANAS accredited, independent body). The sunset clause for the Tax Incentives has been extended to 2022 in alignment with the Carbon Tax.