Despite the headwinds facing the world economy, the global construction sector entered 2019 with significant momentum, having seen growth of five percent in 2018. And, according to the latest annual International Construction Market Survey (ICMS) by independent professional services company, Turner & Townsend, prospects throughout 2019 are expected to remain buoyant. 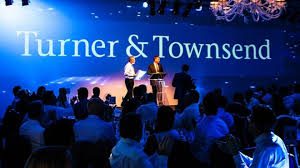 This latest overview of the construction market across six cities in Africa, including Johannesburg in South Africa, and another 58 cities around the world, reveals that 28 percent of markets are hot or overheating while a further 36 percent continue to warm up. Only eight percent are cooling, indicating widespread and continued growth in workload throughout the year.

“Our survey indicates there is considerable momentum in the global construction sector, helping to mitigate the effects of weaker, late cycle economic growth,” says Wendy Cerutti, Associate Director Cost Management and South Africa ICMS specialist for Turner & Townsend. “With construction projects generally spanning multiple years, once started, they are likely to keep going. There are also many instances where large projects, such as the natural resources sector, transcend economic cycles, often continuing during a downturn and delivering into a recovering market.

“By 2020 there could be 24 markets described as hot or overheating compared with 18 today. This is based on the high number of locations where the survey indicates the market is getting warmer.

“Increasing activity and demand, in an already hot market, presents both opportunities and challenges for the construction industry and its customers. On one hand, strong growth in construction will help support economic growth, reducing the potential of a major downturn. This could cushion some of the negative impacts on the sector and help maintain favourable conditions for business in many markets.

Cerutti says this will also put pressure on the price gap between markets, which have also widened. In 2018, the cost of constructing one building in the 10 most expensive markets was equivalent to delivering four buildings within the bottom 10 markets – and in 2019 that cost gap has grown to five.

In the ICMS report, in terms of construction costs, to identify the most expensive market to build, the average build cost in USD of six different types of construction was assessed: apartment high-rise, office block prestige, large warehouse distribution centre, general hospital, primary and secondary school, and shopping centre including mall.

This year San Francisco at USD4 482.70 ousted New York (USD3 958.30) from the top spot, having increased by five percent in the last year. Singapore has average construction costs of USD2 100.10, closest to the average cost of Perth at USD2 165.80, while the closest to the median cost of USD 2 272 is Auckland at USD2 272.20. The five highest cost cities remain San Francisco, New York, London, Zurich and Hong Kong.

Adds Cerutti: “This year we have prepared a weighted average construction cost inflation, weighting each country by its GDP, which removes the impact of very high inflation in smaller countries or regions skewing the overall average excessively.

“On this basis, using this improved method, average global construction cost inflation was 4.9 percent in 2017, easing in 2018 to 4.2 percent. Using the same weighted average technique, we now expect cost escalation in 2019 to nudge down to 4.1 percent in 2019.

“Despite global construction growing by 5.0 percent during 2018, construction costs increased at a slower rate than in 2017. The principal reason for this comes from China and the USA, both of which experienced slower construction cost increases.

“Nevertheless, there are 20 markets where construction costs are increasing and are likely to be higher in 2019. In most cases the difference is quite minor. A matter of an additional 0.5 percent or 1.0 percent. In some cases, however, construction costs look set to jump a little more.”

The survey also highlights the huge disparity between labour costs worldwide, with China, India and Africa having the lowest costs, while North America has the highest, with Australasia a little behind. The highest labour costs recorded were in Zurich, where even a general labourer could cost as much as USD99 per hour and a skilled electrician might cost USD118 per hour. This is compared with Africa average costs of USD6 per hour in Dar es Salaam; USD4 per hour in Harare; USD2 per hour in both Johannesburg and Kampala; USD5 per hour in Kigali and USD7.20 per hour in Nairobi.

Practical benefits of the report

With their speciality lying in quantity surveying, cost management and project management, Turner & Townsend are well placed to reveal the patterns and trends in construction expenditure. The ICMS report is considered a tool to help property developers and architects to drive more informed decisions upfront about the viability of certain construction projects in specific cities.

Explains Keith Skinner, Head of Cost Management at Turner & Townsend and deputy vice president of the Association of South African Quantity Surveyors: “We want to make a difference by helping property developers and professional teams take a more commercial approach to conceptualising projects, and with the information in the ICMS they can do that, knowing that we can provide numbers that property developers and their professional teams can trust.”

The data set is critical for the accurate calculation of construction and development cost of different building types, in varying locations. Skinner says” “If your data set is small because you’ve only done a few projects of a specific type then it is difficult to trust your numbers. Aside from the data shared in the report, we have done hundreds of projects of all project types and across 34 African countries.

“The additional benefit, however, is that given the way we manage big data we are able to very quickly check the viability of a project at the very early ideas stage with the developer and architect. This way time isn’t wasted conceptualising a development that won’t work financially.

“It is a real team effort to move from an idea to a design, and make it feasible. The team wants to get a feel for these costs as early on as possible so they don’t have to keep going back to the drawing board with alternative designs. Redrawing designs reduces the profitability of the architect’s services and for the developer time is of the essence when they are looking to commercialise their property.

“The survey also provides three comparison methods, enabling our clients to compare projects on a regional or global level: comparison using USD, purchasing power parity (PPP) and location factors. All the data published is sourced internally, based on real projects and the experiences of our construction professionals.”