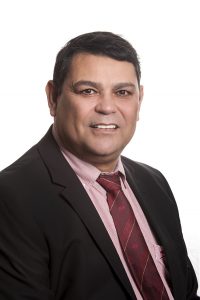 The adage of being caught between a rock and a hard place is an understatement when compared to the balancing act required of South Africa’s financial plan for the year. The reality is that an under-performing economy and the burden of the COVID-19 pandemic mean less will raised by way of taxes. At the same time, the country’s growing social support needs and level of fiscal spending required to revive the economy mean that government expenditure will far exceed its revenue generating capacity. As a result, the announced budget deficit for the 2021/22 financial year came as no surprise to many.

What was a surprise however, was the lack of detail in how government expenditure will be directed, particularly when it came to stimulus spending on infrastructure. The President has lauded catalytic infrastructure projects as foundations to economic revival of the country in the Economic Reconstruction and Recovery Plan and State of the Nation Address, and we eagerly anticipated a clear roadmap in the Budget Speech on how this would be achieved in the year. The lack of clarity on this crucial part of the country’s financial plan was a clear disappointment for the construction industry.

At the very least, details should now be provided of the target projects for the year, when they will go to tender, when each project will start and when each project must be completed. The numbers must now get down to WORK.

Without such details, there is no doubt that the announced growth and employment targets for the year, that are largely pinned on aggressive infrastructure investment may not be realised. Clarity and certainty is necessary to instil consumer and business confidence needed to jump-start production and employment.

However, the commitment to full implementation of high-impact structural reforms to lower the cost of doing business was most welcome. Key to the success of these structural reforms is enactment of the Public Procurement Bill of 2020, and digitisation of government procurement and payment processes. These should ease some of the long-standing challenges that contractors have faced in tendering for government work and getting paid on time for work completed.

The numbers have been announced, it is now time for the WORK.