AST Sand Mines announces a “maiden” quartzite resource, strategically located to supply roadstone and silica sand to the infrastructure and construction sectors in East Pretoria and the Moloto corridor in KwaMhlanga 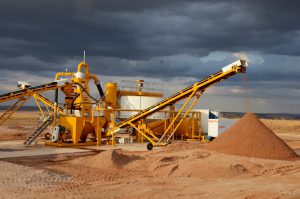 Van Dykspruit quarry, owned by AST and located on the Gauteng and Mpumelanga provincial border, declared its maiden quartzite-roadstone resource recently as management initiated their inaugural blast to access the underlying high grade quartzite rock. The quartzite will be processed to supply roadstone to the nearby Moloto corridor project in KwaMhlanga.

The quarry, which has been in operation since 2012, has to date been extracting a surface level resource of weathered sandstone which is processed with state-of-the-art wet screens that produce high grade silica which is supplied to clients such as Petra’s Cullinan diamond mine for use in underground structural concrete.

AST’s managing director, Ian Ross, said: “We have developed this mine over the past 7 years from a greenfield start, to become a fully operational quarry that is now positioned to become a strategic supplier of roadstone and high grade silica for the construction and infrastructure market in North and East Pretoria, and KwaMhlanga.” 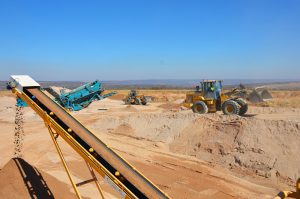 Current production capacity is 30 000 tonnes per month, and the mine is delivering a 98% silica sand product, with run-of-mine passing 8mm and 13% passing 75μ. After processing, the mine’s standard grade of product is delivered at -8 mm /+75μ, carrying an average 2.5% of sub 75 μ material, which allows clients to receive a consistently graded product at volume which is suitable for making high grade structural concrete.

An extensive drilling programme and high-resolution, low-frequency Loza ground-penetrating radar survey has been completed. The resource will meet East Pretoria and KwaMhlanga’s demand for roadstone for close to a decade. Ross said: “We have been able to drill the quartzite resource with a high degree of accuracy using a new ground penetrating radar technology. This has allowed us to delineate the resource at a low cost. The recovered core has been confirmed as a high grade roadstone, and allowed us to optimise the design of the crushing circuits that will deliver the scope of material the market demands.” 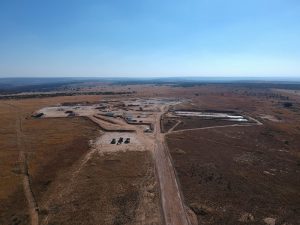 AST retained B&E International to conduct the inaugural drilling, and the inaugural yielded over 50 000 tons of product immediately available. Ross said, “We are now the closest operational quarry to Moloto, and we look forward to working with our clients and partners to deliver value as the Moloto development gets underway.”

AST’s Silica & Quartzite Mines
AST’s quarry mine is in production exploiting near-surface semi-consolidated sandstone lithologies. This resource sits in a small package that is a remnant of the Ecca group, consisting of sandstone, that itself overlies the Loskop formation that consists of quartzites that are a target resource for roadstone.

The silica is processed in a dry screen, and then into a wet screen. The wet screen technology, sourced from CDE in Ireland (www.cdeglobal.com) , delivers a consistent high-quality product.

The washing system produces concrete sand (coarse) and plastering sand (fine), but it can also produce a single plastering sand or concrete sand in larger quantities as required by the customer. The washed sand product is typically less than 2.6% moisture content (by weight) which ensures it is suitable for use immediately.

Environmental considerations are central to ASTs approach. The wet-screen’s waste-water treatment process reduces the volume of fresh water to feed the washing plant by over 90%. This represents a huge reduction in water usage, and the plant design is confined to a much smaller plant and mining operation “footprint” of circa 30m x 20m.

A crushing circuit will be installed and commissioned to process the quartzite at 400 tonnes per hour, with first deliveries scheduled for early Q4 2019.

Drilling on AST’s concession has been augmented with specialist low-frequency radar surveys which show the depths of the sandstone/quartzite contact.

Loza is the world’s most powerful Ground Penetrating Radar (GPR). It delivers unrivalled high resolution imaging of the earths sub-surface to depths of over 200m. A survey using Loza radar allows for fast, accurate and non-invasive geophysical based surface exploration, and delivers instant and clear images of the subsurface.

GPR is based on “stacking” a series of ultra-wide band electromagnetic pulse emissions that are sent directly into the subsurface. The Radar captures information about the different conductive properties of the lithology directly under the device. The radar records the conductive differences, and shows – in section view – a geophysical based interpretation of different lithological interfaces, layers or objects.

The Loza radar runs over a known point of reference, in AST’s case, the drill holes, in order to calibrate the radar image. The radar can then track the sandstone and quartzite interface, allowing for a wider drill grid. This enables the client to have a wider drill grid, with calibrated Loza survey lines running across the grid.

Loza’s average daily production in non-cleared terrain is between 2.5 km and 4 km per day allowing for large survey’s to be completed in a short time frame. Importantly the acquisition of data is environmentally friendly where clearing for survey lines is not necessary.

A professional geological survey has been completed, and a Leapfrog 3D model created using drill hole and radar data.

Increasing requirements for certified quality aggregates has led the Aggregate and Sand Producers Association of Southern Africa (ASPASA) to introduce its own guidelines and auditing systems to ensure testing of aggregates and crushed granular materials is done in adherence to South African National Standards (SANS) 3001 AG and GR series test methods. 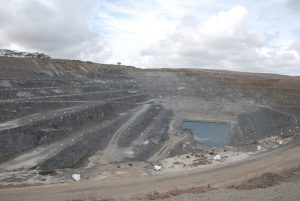 This is indeed good news for the construction sector as this will further enhance the inherent quality of the full range of concrete, plasters and screeds.

In future, quarries which are members of ASPASA will have an option to participate in an annual audit designed to measure compliance of testing facilities including their apparatus calibration and personnel competence against an abridged ISO 17025 format, to assist in ensuring the correct classification of products. Over time, as their systems improve, they can opt to obtain accreditation through South African National Accreditation System (SANAS) for ISO/IEC 17025 – General requirements for the competence of testing and calibration laboratories.

According to Barry Pearce, chairman of ASPASA’s technical committee, the audits compliment the association’s well established environmental, as well as health and safety audit systems, which have contributed to the association’s recognition internationally as a leader in these fields. 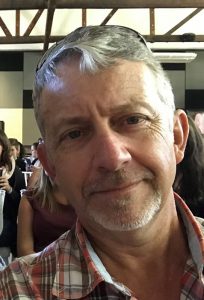 Barry Pearce is the chairman of ASPASA’s technical committee and a Technical Assessor with SANAS. He manages his own CC, Learning Matters etc providing laboratory training and other materials related assistance to the civils and other related industry activities.

“Now, the idea is to help ASPASA’s members to produce better graded products that are tested consistently to meet the specifications of their clients as well as national standards – where required. It entails the inspection of the laboratory including the testing apparatus and the verification of procedures.

“The audits will be simple but thorough and will leave the quarry in no doubt as to what is required. With this in place producers can confidently supply their products without fear of material rejections in future, provided that the necessary procedures are followed.

“It will also be tailored to the requirements of individual quarries which may range in size from a small family-owned quarry to large multi-national concerns producing aggregates and crushed granular material for multiple uses in different markets,” says Pearce.

He adds it is a fallacy that only large quarries can afford to have in-house laboratories. At the cost of a set of sieves, a flakiness gauge plate, some scales, a drying oven and containers, any quarry can setup the required tests to meet ISO 17025 requirements. Management systems can then be introduced at varying levels of detail depending on quarry’s requirements.

Pearce concludes that the construction and civils industry has long been working towards a more accurate system of materials procurement and the new ASPASA audits will go a long way to meeting and exceeding these industries requirements as well as improving the image of ASPASA and its members. The introduction of the technical audits is expected to reduce the rate of material rejection once delivered to site which is expected to easily offset the cost of compliance. He added the association would also look at participating in the National Laboratory Association – South Africa (NLA-SA) National Proficiency Testing Scheme (PTS) to assist in comparing results between the commercial facilities and ASPASA members to further reduce the disparities in the results and material rejections once the material has been delivered to site. Pienaar says that’s once the aggregate laboratories have been taken to a higher level, the experts with the help of Pearce could expand this focus area to the other members in the surface mines who are members of ASPASA, such as salt, silica and clay.