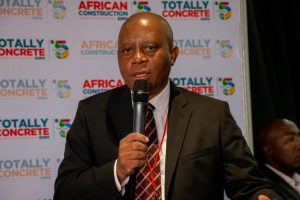 Focusing on the central Johannesburg areas of Yeoville, Berea, Vrededorp, Fairview, Salisbury, Marshalltown, Wolhuter, Turffontein and City and Suburban, work on the above developments will begin in six to eight months.

“All in all, the properties awarded as part of 24 tenders hold an investment value of approximately R20 Billion”

“Johannesburg has certainly seen better days,” said Mashaba, “but, as the government of the day, we are determined to return this historic city back to its glory days of free enterprise as well as personal and collective success.

Unfortunately, this all-important expo takes place against a backdrop of massive jobs losses, particularly in the construction sector.”

Last month, Stats SA released jobs figures which showed that, in the first quarter of 2019, South Africa experienced an increase in the rate of unemployment arising out of a loss of 237 000 jobs.

The construction sector, for years one of the beacons of hope for our economy, was the biggest contributor, with 142 000 jobs lost in that short period.

Immediate as well as long-term and sustainable solutions are sought, which is why this expo could not have come at a more opportune moment.

“How do we get South Africa working again?”

It is absolutely unacceptable that, in a country like ours, with such a massive infrastructure backlog, we can afford to lose 142 000 jobs in the construction sector and do nothing meaningful about it.

Without critical infrastructure like roads, bridges, railway lines, water pipeline networks and electricity reticulation infrastructure, how do we hope to modernize South Africa’s economy and rescue the construction sector?

Above all, we have a massive demand for thousands of low-cost houses, rental units and student accommodation that could get your sector back on its feet.

Certainly, in the City of Jo’burg, we have room for the construction sector to play a meaningful role in this regard. When we took office almost 3 years ago, we discovered a shocking infrastructure backlog exceeding R170 billion.

A staggering housing backlog of over 300 000 units has led to a legacy of land desperation, backyard dwellings, and shack farming.

Far more housing is needed for those belonging to the missing middle and those in need of student accommodation.

Electricity outages produced from a R60 billion backlog in our electricity network produced over 170 000 power outages each year.

We had to contend with water stoppages resulting from a water network backlog of R18 billion which sprung over 45 000 leaks, losing 107 billion litres of this precious resource, each year.

That is why the City of Jo’burg has embarked on an ambitious Inner City Rejuvenation Programme, which seeks to turn Johannesburg into a construction site.

And this is why we recently awarded tenders for 24 developments, spanning 81 properties and pieces of land. Throughout their lifespan, these 24 developments are expected to create 11 000 direct jobs.

It must be noted that the developments will deliver mixed typologies consisting of one bedrooms and two bedroom units.

The tenders in question are intended to result in mixed use development with emphasis on affordable residential units, student accommodation and retail spaces for small businesses.

The City of Johannesburg is yet to come across a development of this size.

There is simply nothing comparable to it, especially if one takes into consideration similar projects that have been attempted in partnership with the private sector.

This is also shaping up to become the biggest volume of property that has been awarded for development, at one go, in the history of the City.

This project also lends itself to becoming the biggest mixed use development with a special focus on affordable residential units and student accommodation.

But this project is also important for one other reason; it will play a massive role in our efforts to bolster Johannesburg’s economy.

In September 2017, the City Council approved the Inner City Plan, which is a long-term development program that seeks to address spatial, social, and economic inclusion in our City – a project that will see more and more residents living, working, and enjoying life in the city.

In order to realize a minimum 5% economic growth within the City by 2021, we are ensuring that the Inner City boasts an enabling environment for small businesses to flourish and create permanent jobs.

In return, we intend to attract investment of between R16 Billion and R20 Billion annually into rebuilding our Inner City and converting it into a construction site.

But we know that without the private sector and external investment, we cannot succeed.

We operate off the clear understanding that our relationship with business requires government to pave the way for the private sector to unleash its potential and its balance sheet in our City, where profits can be made and jobs created.

We are eagerly awaiting the submission of tenders for a second batch of a further 70 properties that Council recently approved for offer to the private sector.

More will follow as we have already identified about 500 properties throughout the Inner City, and beyond, which have either been abandoned or hijacked. Thousands more jobs will be created during and after construction and tons of building material will be required to do the work.

We therefore call on the construction sector to partner with the City of Jo’burg to get this sector up and running again, and employing more people. And while we intend using the Inner City Rejuvenation Programme to bolster the economy of the City of Johannesburg, we also intend to make it inclusive.

As the City of Johannesburg, we are determined to build an inclusive economy and as such, genuinely Broad Based Black Economic Empowerment (BBBEE) will be our only yardstick in determining how we achieve this goal, particularly in relation to this project.

Therefore, we will give preference to companies with the best triple-BEE credentials.

This is an ambitious and historic project that we are undertaking and, as such, we want companies that will succeed based on know-how, and not know-who.

While on the subject of transformation, we also need to radically transform our skills base as a country.

Particular attention needs to be paid to our shrinking base of artisans. That is why we have taken it upon ourselves to train 100 young people as artisans, as a pilot project.

For this, we need a strong partnership with the private sector.

A multi-disciplinary fast-track committee is making inroads into producing an environment which is easier to do business in Johannesburg.

Times for approving building plans, rezoning applications, applying for service connections and the like are beginning to drop to record lows.

It is all about changing red-tape into red-carpet for our business community.

And part of making all of this a reality is to put in place City employees who are capable of discharging their duties efficiently and effectively.

I wish to say that the ongoing success of our Inner City Rejuvenation Programme continues to be a source of great pride for myself, officials of the City of Johannesburg and our government.

Although the project is still very much in its infancy, the overwhelming interest shown by investors and property players, indicates that we are onto something transformational.

Slowly but surely, we are restoring confidence in the Inner City as well as other important nodes and building it where none existed before.

Slowly but surely, we are fulfilling our promise of turning Johannesburg into a construction site that will create thousands of much-needed jobs.

As always, I invite you to partner with us, not only to extract value from these initiatives, but to put value back into the City.

What is most exciting about our Inner City Rejuvenation Programme is the ripple effect it will have on the construction sector, which has seen some of the biggest and reputable companies going under and losing jobs.

I often wonder how many jobs this sector could create if every major city around the country used Johannesburg’s blueprint for getting South Africans working again.

We may never know the answer to this question but I can assure you that, as far as the City of Jo’burg is concerned, we will do all that we can, through this project, to provide an economic stimulus to the construction sector.” 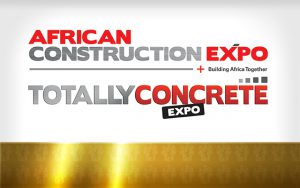