CEO GLOBAL: 2017 AFRICA’S MOST INFLUENTIAL WOMEN IN BUSINESS AND GOVERNMENT

Ms Harbhajan was honoured with a Country Award for South Africa, along with the momentous SADC South Region Award, making her a finalist in the Africa awards in the Agencies and Regulatory Authorities Sector.

The programme aims to honour the unsung heroes and heroines in Africa’s business landscape, with over 4 000 nominees from 57 countries. The journey is a challenging one with several tiers of judging and the final results are then audited.

SADC South Region recognized the outstanding and unwavering leadership role that Vikashnee Harbhajan has played over the years.

Part of Master Builders KwaZulu-Natal’s rich and illustrious history is Ms Harbhajan’s proud heritage as the first Black Executive Director of the Association and its first female Executive Director. This legacy also holds true for the history of the Master Builders movement in South Africa. Ms Harbhajan is an admitted Attorney and Conveyancer of the High Court of South Africa and holds a Master’s degree in Law.

She has set herself apart by holding senior positions in both the public and private sector, including University of Durban–Westville, Technikon Mangosuthu, Legal Aid Board, Harbhajan and Associates, Free State Department of Education as Director: Legal Services and Labour Relations, before taking up a position with the National Economic Development and Labour Council (NEDLAC) as the Programme Director.

She then joined Business Unity South Africa (BUSA), the national voice of organised business in SA where she served as Executive Director responsible for Social Policy for over four years. 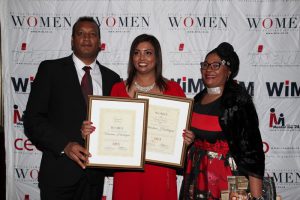 She has also gained experience on several Boards and Councils, including the National Board for Further Education and Training (NBFET), Advisory Council for Occupational Health and Safety (ACOHS), the South African Business Coalition on HIV and AIDS Board (SABCOHA), Wholesale and Retail SETA Board (WRSETA). Construction Industry Development board (CIDB) National stakeholder forum and the Essential Services Committee (ESC).

Vikashnee currently serves on the Equality Review Committee (ERC), SACPCMP Transformation Committee Chairperson, MBSA Board as well as the KwaZulu-Natal Human Resource Development Council. She is also a member of the Institute of Directors (IOD) and Business Women’s Association (BWA).

In 2016, the Association of Schools of Construction of Southern Africa (ASOCSA) awarded Vikashnee Harbhajan the ASOCSA Leadership Award for demonstrating consistent, ethical and exemplary leadership in the broader construction industry.

Ms Harbhajan was honoured and deeply humbled to be the recipient of SADC South Region Award for Africa’s Most Influential Women and expressed her sincere gratitude to the Master Builders KwaZulu-Natal Executive Council for their leadership and support, the Management and staff and her family for their contribution in achieving this recognition of visionary women leadership.