State of the Construction Industry 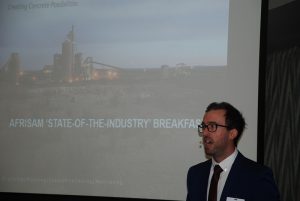 At a breakfast hosted by AfriSam in Johannesburg recently, David Metelerkamp, Senior Economist at Industry Insight, delivered his analysis of the State of the Construction Industry in South Africa.

In his opening address to some 200 guests from all facets of the construction sector, trade associations, government representatives, institutions, investors, bankers, industry analysts and the media, Rob Wessels, CEO of AfriSam, stressed the need for a positive Africa vision and an integrated view by all stakeholders in mapping the way forward.

Taking the podium, David Metelerkamp outlined the global scenario and an array of factors affecting our economy, in particular the US imposition of tariffs which are having a severe negative ripple effect on the global economy.

Cautious optimism
Although there was an air of cautious optimism across the country in the first quarter of 2018, the construction sector performance has remained consistently poor; and retail too has slumped to -3.1%. Yet this remains a massive improvement to the Zuma era. 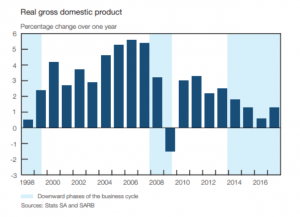 He noted that amongst the “pros” of the current state, an increase in private investment is encouraging; and that the reform of state owned enterprises (SOEs) now underway will be slow – but will ultimately be good for the construction sector. In addition, inflation is under control, and the exchange rate remains buoyant.

However the serious array of “cons” present significant hurdles to be overcome, including the land expropriation débâcle; lack of improvement in education; and the decrease in infrastructure spending from R947 billion in 2017/2018 to R841 billion for 2018/2019.

Metelerkamp estimates the true size of the construction sector to be in the order of R220 billion – a clear and dramatic downward trend into recessionary levels.

The demise of the traditional large contractors such as NMC, Liviero, Aveng – and more recently, Basil Read – is the result of the increasing number of smaller contractors from 17% to 40% – doubling their market share.

“But,” said Metelerkamp, “it’s not all doom and gloom. You just have different clients now as suppliers”

“Despite the worst ever confidence levels there is presently good growth of 18% in tender activity. Furthermore, postponement and cancellation of projects has dropped significantly since 2017 and in non-residential construction there is 12.4% more going to tender – especially in the health and education arena.” 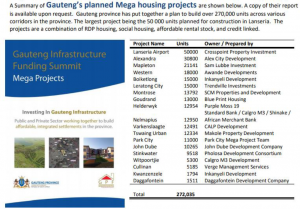 Concluding his address, Metelerkamp said we are past the turning point and looking a little better, and with civils being in recessionary territory construction companies will be better off focusing on building. 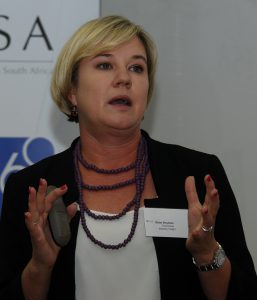