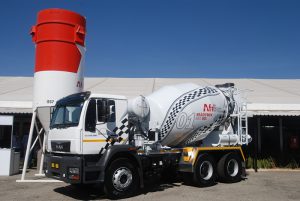 A united industry is a stronger one that is better able to represent its members through periods of high growth while maintaining its solid structure in times of adversity.

This was the overriding message of The Concrete Conference 2018, which was held in Boksburg recently as the first of its kind to fully involve representative organisations of the concrete and cement industries. The events therefore gave local and international speakers the ability to address a combined audience of members of The Concrete Institute (TCI), Concrete Society of Southern Africa (CSSA), Concrete Manufacturers Association (CMA), Southern Africa Readymix Association (SARMA) and the Association of Cementitious Material Producers (ACMP). 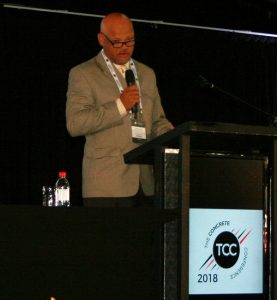 In opening the conference, Richard Tomes of AfriSam, the main sponsor, said that a unified industry is essential for the industry to make headway. “The entire construction industry needs to plan for the future and map a way forward that involves all professionals’ bodies within the industry. It is therefore so important that the concrete industry finds its unified voice to help shape construction in future and to address challenges that face this end of the sector.

“If we don’t get our act together soon our infrastructure will collapse, and it has already started at some levels within our municipalities and state-owned enterprises. But, in order to make positive changes we need everyone to be on board. We need to support industry associations such as these here today and obtain funding to keep them going.

“For example, AfriSam is the only cement producer that is a member of SARMA right now and, in my opinion, it is just not right that it funds this association by itself. It is time other role players and suppliers to these industries start to contribute. If not, we will also eventually be forced to withdraw our funding and the industry’s own association may be faced with closure as a result. It is time for other role players to step up and support all our concrete professional bodies,” said Tomes.

SARMA’s Johan van Wyk, agreed adding that associations have to move with the times and become more relevant with added benefits for members and a louder voice within policy and economic frameworks. By combining the strengths of the industry bodies, it will be possible to provide more value for members. “What excites us unites us!”

Adding to the discussion, TCI’s Bryan Perrie, continued saying that the pooled resources of the five associations will make for a robust organisation that will have different agendas for different disciplines, but the same end goal to make concrete the building material of choice.

“At present the individual industry bodies draw funding from the same major stakeholders and these cannot continue to fund them as they had in the past. Whereas a single coordinated body is more agile and eliminates duplicated costs, it can still continue to provide the key activities that had previously been provided and more.”

In closing he said that a lot of work still needs to be done to unify the concrete associations and that consultations with members and business studies were still being conducted to work out the finer details.