Following a cumulative 24 index point rise during the second quarter of 2016 (2Q2016) and 3Q2016, the FNB/BER Civil Confidence Index shed 17 points to register a level of 35 in 4Q2016.
This is according to Jason Muscat, Senior Economic Analyst, FNB.
“A number of factors contributed to the drop in confidence,” says Muscat. “These include lower activity growth, keener competition and, consequently, also weaker profitability.”
Barring 1Q2016 when the index was at 28, confidence is at its lowest since the beginning of 2012. The fall in the index means that sixty-five per cent of respondents are dissatisfied with prevailing business conditions. 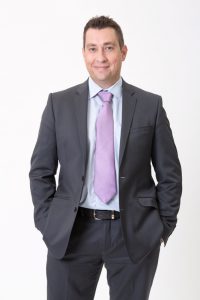 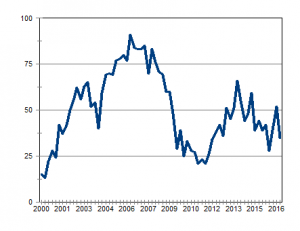 The lower confidence is a result of deteriorating growth in construction activity as well as keener competition. “This was a perfect storm,” continues Muscat. “The weaker activity as well as increased tendering price competition took its toll on overall profitability. In fact, the index measuring profitability declined to its lowest level in two years.”
“The survey results confirm what we have suspected for some time: that the civil construction sector remains under pressure,” noted Muscat. According to Stats SA, annual growth in the real value of construction works contracted by 1.5 percent in 3Q2016, in addition to the 0.3 percent decline recorded in 2Q2016. A large part of the weaker demand stems from a fall in government capital expenditure (capex) amid mounting fiscal pressures. 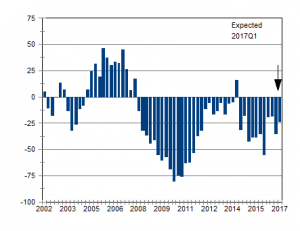 Muscat states that: “The slowdown in government investment is unlikely to be a short-term phenomenon, despite government’s recent commitment to invest more than R900 billion in infrastructure over the next three years.” Construction work by the private sector, mainly mining, was probably also lower during the quarter. 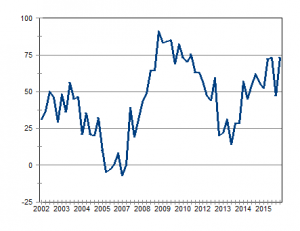 Despite the deterioration in their fortunes, civil contractors expect some improvement in activity next quarter. This is somewhat supported by the constraint measuring new demand which, although reasonably high, is below its five year average. “While it is important to take note of respondents’ expectations, the underlying economic fundamentals do not suggest a much improved civil construction sector in the near future,” said Muscat.
In conclusion Muscat states that the fall in confidence is substantiated by the deterioration in construction activity and keener tendering competition, which led to worsening profitability. Overall, the civil construction sector likely weighed on GDP growth in 4Q2016, with only a small chance of some respite over the short term given current economic (and fiscal) conditions.