The past month was a tough and difficult month for South Africa and its economic sector. We had hardly finished breathing our collective sigh of relief from the South African Reserve Bank’s Monetary Policy Committee Meeting decision to keep interest rates unchanged; when Statistics South Africa released data showing that South Africa’s Gross Domestic Product (GDP) contracted by 0.7% in the first quarter of the year pushing the country into a technical recession. 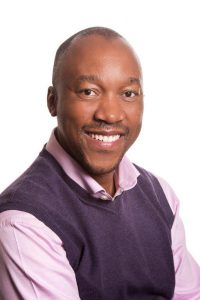 The construction industry decreased by 1.3%. Decreases were reported for non-residential buildings and construction works as indicated by the sharp decline in the FNB-BER Building Confidence Index. This decrease also contributed to job losses in the sector as South Africa’s unemployment rate rose to a 14-year high of 27.7% in the first quarter of this year.

According to Statistics South Africa, of the 433 000 people who joined the ranks of the unemployed approximately 58% were young people aged between 15 and 34. This increased the youth unemployment rate by 1.6 percentage points to 38.6%. Unemployment rates remained high among those with education levels of less than matric at 33.1%, which is 5.4 percentage points higher than the national average.

Unemployment rates among graduates remained at 7.3% and yet South Africa concurrently experiences a skills shortage in advanced skilled jobs. This is a strange anomaly and about which we should be alarmed especially when we start delving into the racial and gender profile of the unemployed which could lead to social instability, undermine social cohesion, deepen poverty and widen inequality.
As if this was not enough, it was followed by the South African Chamber of Commerce and Industry’s (SACCI) Business Confidence Index (BCI) declining to its lowest level this year, at 93.2, in May.

However, the BCI was still 1.4 index points higher than the exceptionally low 91.8 of May 2016.
The National Treasury noted that if the current economic growth rate was sustained, it would lead to a further decline in GDP per capita and revenue, “risking the sustainability of our fiscal framework and, more importantly, undermining the delivery of social services”. This may lead to a concomitant rise in social delivery protests hence the reference to social instability earlier.

“The current state of the economy puts more pressure on us as government, business, labour and broader society to intensify our growth programme and improve confidence as a matter of urgency to arrest the decline and set the economy on a higher growth trajectory,” it added.

We therefore look forward with eager anticipation to the much-awaited unveiling of an action plan by National Treasury detailing structural changes and timelines to boost growth to 6% in an economy mired in recession as recently stated by the Finance Minister Malusi Gigaba. The plan will be released after the conclusion of the ANC’s policy conference.

“We will implement steps to get the economy growing at about 6% and more,” Gigaba said at an event marking the launch of the tax-filing season in Africa’s most industrialised economy. “We want to get everyone focused on boosting the economy … so that the low growth doesn’t become a vicious cycle.”

Master Builders South Africa therefore echoes the Steel and Engineering Industries Federation of Southern Africa (SEIFSA) CEO Kaizer Nyatsumba’s comments highlighting that the economy was likely to continue to under-perform for as long as the country lacked inspirational political leadership that enjoyed the confidence of all South Africans and ensured that government, business and labour worked together effectively as partners. 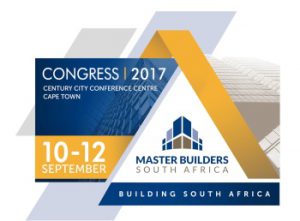