Is LSFB the greenest building solution? 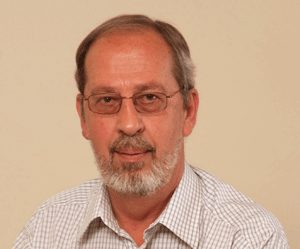 “Sustainability”, “energy efficiency”, “green building” and “carbon footprint”, are words that are often used in the construction industry. “It is clear that sustainability is a fundamental consideration and design requirement in most construction today,” says John Barnard director of the Southern African Light Steel Frame Building Association (SASFA).

According to Barnard sustainability with regard to buildings is essentially based on three criteria: social acceptability, affordability and energy efficiency. He claims that Light Steel Frame Building (LSFB) for low rise structures rates highly on all of the sustainability considerations: 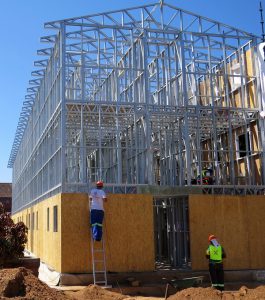 Barnard says that embodied energy of materials and components used for LSFB is calculated to constitute some 20% of the total energy consumption of a 200 m² house over a 50 year period with the other 80% being the operational energy. “These figures,” says Barnard, “are in line with internationally accepted standards. While the embodied energy of the high strength galvanised steel sheet (used for the light steel frame) is significantly higher per kg than conventional building materials, a significantly lower mass of steel is used, rendering LSF wall assemblies vastly superior in this regard – double brick walls contain more than four times the embodied energy per m² when compared with a LSFB wall,” he says.

Barnard adds that the low mass of light steel frame buildings offers another advantage – logistics. “The walls of a 200 m² brick-built house will have a mass of some 178 tons including clay bricks, mortar and plaster, compared with the 10,2 tons of an identically sized light steel frame building. The cost savings in transport is obvious, but with another benefit to all road users – at least a 60% reduction in heavy transport traffic on the national roads,” he says. 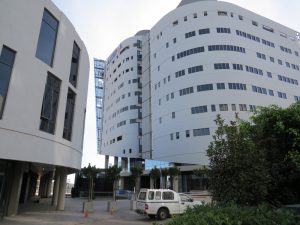 Also LSFB structures are insulated to specification pertaining to each climatic zone in SA and, according to SANS 204, they have been found to offer at least a 10% saving in electricity used for heating and cooling, when compared with a brick building. “Whilst the 10% saving in operational energy over the life of the building serves as a strong motivation for the use of LSFB, the massive savings in embodied energy, albeit only 20% of total energy consumption, offers an advantage, especially in developing countries where electricity generation capacity is under pressure,” he says.

Posted in General and tagged sasfa.