The Joint Building Contracts Committee (JBCC) has announced the dates of the six training seminars dealing with building agreements it will stage in the second semester, August to November 2017.

JBCC is a non-profit company that represents building owners and developers, professional consultants, and general and specialist contractors who all provide input for the compilation of JBCC Agreements that portray the consensus view of the committee’s constituent members. JBCC Agreements are accredited by the Construction Industry Development Board (CIDB) for use by Organs of State. 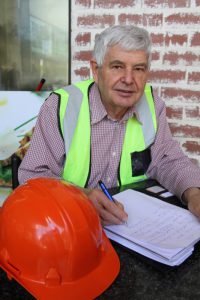 Uwe Putlitz, CEO of JBCC, will personally conduct the training seminars dealing with building agreements in six areas of South Africa between August and November this year (2017)

All the courses will earn delegates a credit for Continuing Professional Development.

Posted in General and tagged JBCC.