The Coronation Brick & Tile factory in Briardene in the 1950’s

Reviewing the origins and history of Corobrik over the past 115 years, technical competence in clay brick and tile manufacture stands out as one of the key business fundamentals applied to underpin the integrity of the Corobrik brand, sustaining competitiveness, growth and the financial success of the business. From small beginnings, and having successfully overcome the vagaries of SA’s often highly volatile building and construction sector, Corobrik has evolved keeping pace with changes in design trends, investing and reinvesting in technologies and processes to ensure the market relevance of its products and the sustainability of the business. 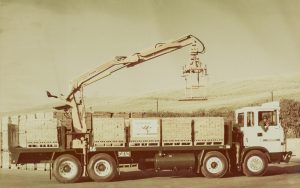 The beginning of the Corobrik’s story traces back to 1898 when Robert Storm identified clay deposits in the Clairwood Flats of Durban, this leading to the establishment of the Storm Brothers Brick Works. Dissatisfaction with the quality and quantity of clay raw materials at Clairwood prompted the search for a new site and following the finding of promising deposits at Briardene, a new plant was set up in 1902. So commenced the industrialisation of the brick industry in Durban; that process taking a quantum step forward with the commissioning of the first electrically driven brick-making machines at the Briardene operations in1915.

Building on the early successes achieved and seeking benefits from greater economies of scale, the Storm Brothers Brick Works and the Greenwood Park Co. Limited, located in relatively close proximity to each other, chose to amalgamate and in 1916 the Coronation Brick and Tile Co. Limited was formed. From that amalgamation, Coronation Brick and Tile Co. Limited grew through diversifying its manufacturing capability beyond plaster and face bricks to include roof tiles, quarry tiles, air-bricks and hollow ceiling blocks. The wonderful terracotta roof-tile aesthetic, best appreciated when looking down from Durban’s Berea, stands as testimony to the Coronation Brick and Tile Co. Ltd success in manufacturing clay roof tiles of enduring quality over the 70 year period to 1975 when concrete roof tile manufacture and the cost benefits therefrom came to prominence. 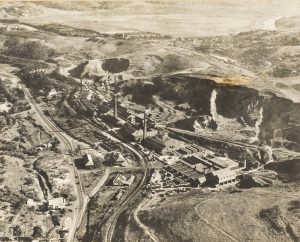 The Briardene complex around the 1960’s

Investment through acquisition and ‘greenfield’ factories followed with Coronation Brick Co. Ltd acquiring a brick factory in Pietermaritzburg on auction in 1933 and the construction of a new plaster brick factory at Effingham producing 110 million bricks per annum, reportedly the highest output brickworks in the world during its time of operation.

Greater industrialisation in the building industry, coupled with the drive to lower costs in the provision of affordable housing led to Coronation Brick and Tile Co. Ltd establishing Corocrete (Pty) Ltd. in 1968. With the initial product focus being towards pre-cast concrete products, building blocks, lightweight filler blocks and decorative panels. The long term success of these concrete product operations has been underpinned by concrete paver and earth retaining system products.

1969 was the year that the Tongaat Group Limited acquired a controlling interest in the Coronation Group and Coronation Industrial was formed (later to be named Tongaat Corogroup Ltd.) heralding the start of a period of considerable expansion through investment in new clay brick manufacturing technologies to drive greater competitiveness in the business. 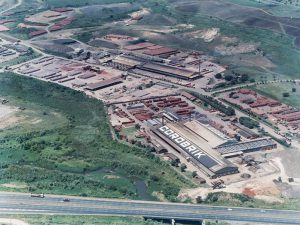 Empangeni factory with a capacity of 42 million bricks per annum, Avoca 1 with a capacity of 75 million bricks per year, producing a range of masonry formats to compete with the emerging concrete block industry, the highly automated Avoca 2 factory with production capacities of 42 million per year high quality face bricks a year and a new 45 million brick capacity factory at Glencoe to replace the Dundee Brick Works, were the significant investments made during this period.

It was also during this period that the Coronation Group made brick factory acquisitions in Bloemfontein, Odendaalsrus, Klerksdorp, Grahamstown, Paarl, Phesantekraal and Stellenbosch, providing the business with a national footprint and prompting the re-branding of ‘Coronation Brick and Tile’ to ‘Corobrik’ in 1977. 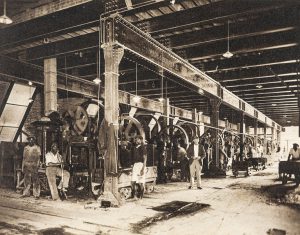 Broadening its reach into the face brick market Tongaat Corogroup invested in the fully automated ‘greenfield’ Rietvlei Factory fired on natural gas with a capacity of 85 million FBX quality face bricks per annum. Complimenting this investment the Tongaat Group Ltd. acquired control of Primrose Industrial Holdings (1978), who were operating brick factories at Edenvale, Crown Mines, Lawley and Driefontein. Thereafter in the 1980s Corobrik was to acquire the Port Elizabeth Company, the Vryheid Brick Company and Springs 11 factory, and in 1999 made the acquisition of the gas fired Midrand Factory. In 2001 Corobrik (Pty) Ltd was acquired from the Tongaat Hulett Group Ltd. In 2008 Corobrik was reorganised to facilitate the allocation of 26% of the share capital to the Corobrik Staff Trust for the benefit of all employees.

Since 2001 the systematic upgrading of existing factories has been the order of the day this leading to considerable investment in robotics necessary for optimising yields of first grade products, investment in new extrusion technologies to advance de-materialisation, investment in new firing systems coupled with the greater use of natural gas as a firing fuel to reduce the carbon footprint of Corobrik products. Helping expand bricklaying and paving skills and provide employment opportunities for the unemployed, Corobrik introduced bricklaying programmes at its three Building Training Centres now located at Avoca in Durban, Lansdowne in Cape Town and Lawley in Gauteng. 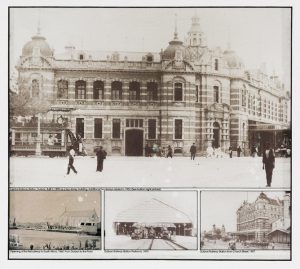 Today Corobrik operates 14 clay brick and two concrete product factories located in the major economic centres of South Africa cumulatively producing close to 1 billion brick equivalents per annum, bringing to the market a complete spectrum of bricks and pavers. Keeping itself close to the market, Corobrik’s head office at Avoca in Durban operates regional sales offices in Johannesburg, Durban and Stellenbosch, 25 Corobrik Centres in the major metropoles to serve and build relationships with the professions in both the private and public sectors, the trades, independent builders merchants and home consumers.

Adding impetus to Corobrik’s growth over the last 35 years, Corobrik has extended its export footprint into some 25 countries around the globe stretching from Japan, Taiwan, Hong Kong and Singapore in the East, to Oman, the UAE, Qatar, Bahrain, Kuwait and Israel in the Middle East, a host of African states, the Indian Ocean Islands and to the West, the USA. Importantly the development of the export market helped keep Corobrik abreast of international trends as they impact on the South African brick market and to benchmark production processes and product quality in line with best international practices.

Over the past 115 years Corobrik has played a significant part in advancing South Africa’s wonderful masonry tradition, its products adding value to South Africa’s architectural heritage through their structural integrity, enduring aesthetic qualities and sustainability attributes. 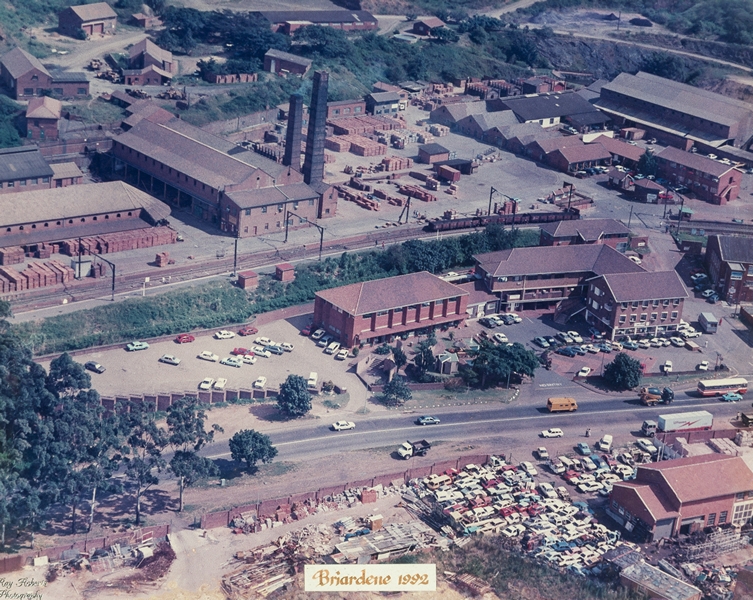