The firm’s construction division has for some time been experiencing difficulties.

The iconic South African construction firm Basil Read Holdings announced in June that it had applied to the Johannesburg Stock Exchange for the voluntary suspension of the listing of its shares after a key unit started business rescue proceedings. This report Nqobile Dludla of Reuters continues:

The cash-strapped company announced that Basil Read Limited, its wholly owned subsidiary which houses its construction unit, had started business rescue proceedings after it failed to secure bridge funding from lenders.

Its shares at the time plunged more than 90% from a high of 22 cents to close at 1 cent. 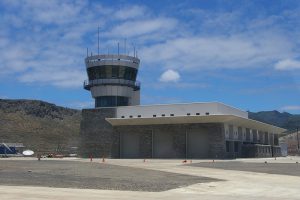 Basil Read was awarded the design construct and operate contract for the St Helena Airport in November 2011. The project was funded with UK aid at an estimated cost of £250M GBP

“There is uncertainty in terms of the impact of the voluntary business rescue proceedings instituted at Basil Read Limited, on the Basil Read Holdings Limited Group as listed on the JSE,” it said in a statement.

It added the suspension would be until such time as the effect on the listed group could be quantified.

The firm’s construction division has for some time been experiencing cash flow difficulties stemming from, among other reasons, mismatched cash inflows and outflows, it said on Friday.

To mitigate this, it sought to raise bridge funding from a consortium of lenders in order to complete construction contracts, but was advised on June 14 that a majority of lenders was not prepared to make the funding available to it outside of a business rescue process.

Throughout 2017, Basil Read struggled to obtain money to pay creditors, provide working capital and reduce debt. In the year to the end of March, it reported a net loss of 743 million rand ($55 million), while its order book plunged from 12.3 billion rand to 4.5 billion rand.

The firm is trying to implement a turnaround strategy that involves cutting costs and exiting loss-making contacts and assets. 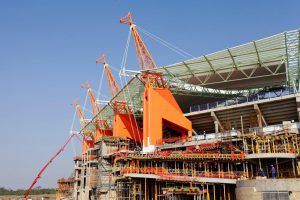