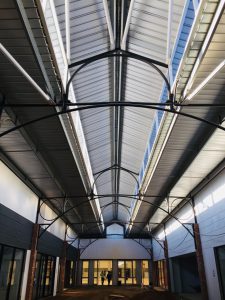 The broad geographic footprint of Master Builders Association North (MBA North), which incorporates not only Gauteng, but Mpumalanga, Limpopo, and North-West provinces, has for the first time attracted interesting and innovative entries for the Association’s Regional Safety Awards from outlying country areas and towns such as Vryburg, Barberton and Ermelo. Other towns visited included Rustenburg and Polokwane.

The event, which was staged in Midrand in July, was well attended by members of the Association, competition participants, MBA North office bearers, Past Presidents, VIPs from various industry bodies and sponsors.

He noted the enthusiasm projected by all participants throughout the duration of the Competition and congratulated all who had submitted entries and participated in the Regional Safety awards. “It is this level of professionalism and dedication to Health and Safety that makes this Award ceremony so important to the industry and to the South African construction sector as a whole,” he said.

MBA North Construction Health and Safety Manager, Gerhard Roets said in his address: “It has been most encouraging for us to welcome the new entries from outlying areas and we see this as an important permanent feature of our Regional Safety Awards.” 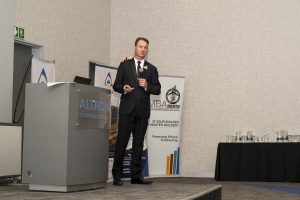 Roets elaborated on the Awards statistics and structure, noting that 66 entries had been received and 56 audits were successfully completed between 9 May and 27 June 2019.

In announcing the winners in the various categories Roets named the winner of the Federated Employers Mutual (FEM) trophy in Category I for projects of over R750 million as WBHO Construction (Pty) Ltd for its River Creek Deloitte project. He noted that the project stood out with a zero disabling injury frequency rate: “For a project of this magnitude, this is quite impressive,” he said. “The contractor and sub-contractors all have a strong health and safety culture – from the top all the way down.” (For the full list of winners see Page 12). 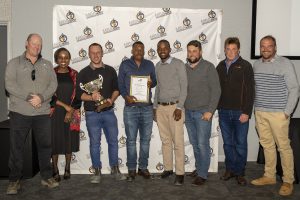 Winners of the Federated Employers Mutual (FEM) trophy in Category I for projects of over R750 million: WBHO Construction (Pty) Ltd for its River Creek Deloitte project

Special Awards were also presented to the following:

Keynote speaker, Chief Executive Officer of the Federated Employers Mutual Assurance Company (FEM), Ndivhuwo Manyonga, began her address by pointing out that in global terms some 2.8 million people died every year in work related accidents, of which the construction industry represented the highest rate of deaths. 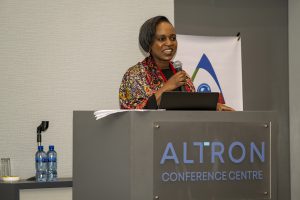 “In South Africa” she said “we have 8 000 accidents annually in our sector. In 2018 63 of these were fatal motor accidents. In one instance alone 17 employees died on the spot in a head-on collision.” Manyonga noted that the average age of employees claim payouts by FEM is 30 years of age.

In closing, Musa Shangase, President of MBA North, gave thanks to all present for their attendance, especially competition participants and winners and to Ndivhuwo Manyonga, CEO of FEM) for her enlightening address, He also thanked the range of loyal MBA North sponsors who made the event possible, the MBA North Staff for hosting the Regional Safety Awards Ceremony and Ferdi Snyman for being the Master of Ceremonies.

MBA North Winners by Category of the 2019 Regional Safety Competition