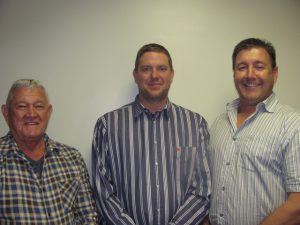 Drought conditions in the Free State not only had a severe impact on the farming sector, but also on the construction industry due to extensive water shortages in Senekal, Windburg, Dealesville and Kroonstad.

All entries did extremely well, despite the fact that the revised Construction Regulations were promulgated in 2014 resulting in a lot of health and safety related changes having to be made.