We need all hands on deck 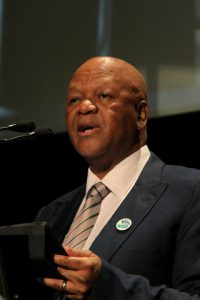 Keynote speaker at Master Builders South Africa Congress 2016 held in Durban in September, the Honourable Minister Jeff Radebe, Minister in the Presidency, unpacked aspects of the National Development Plan and highlighted the impact of infrastructure development and the vital role of the construction industry in driving the economy forward. The Minister stated that the economy was showing weakness and called on all industry stakeholders to ensure that they play their part in turning the tide.
“We are at a tipping point at this moment,” said Radebe. “And we call on government, all stakeholders in the NDP, all South Africans, including Master Builders South Africa – to ask what we have to do to change this deck of cards we have been dealt.”

The Minister spoke of Government’s Medium Term Strategic Plan (MTSF) 2014-2019 adopted in 2014 as the first step to implement the National Development Plan (NDP). He drew attention to the new procurement bill aimed to unlock the potential of SMME’s. Key points included the creation of employment through inclusive economic growth as well as the ongoing development of a skilled and capable workforce to support an inclusive growth path. The Minister stated that a strong focus on entrepreneurship was needed. He further noted that with the sector contributing R4 Trillion to the GDP, construction was pivotal to the economic future of the country and infrastructure development should drive meaningful B-BBEE and transformation.

The Minister announced the formation of a special unit in the Department of Planning to ensure that suppliers are paid within 30 days. He spoke of performance agreements for officials, accountability and consequences for late payment to contractors. “Defaulting officials will be legally charged,” said Radebe, to much applause from the audience.

The Minister also spoke of Government’s recently launched online procurement portal which facilitates the procurement of goods, services and construction works in a transparent, competitive and cost effective manner, in line with the Constitution and all relevant legislation. 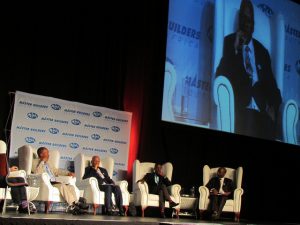