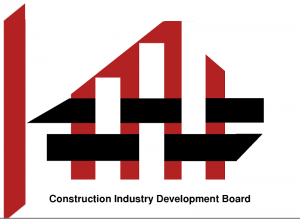 During the first quarter of 2017, the confidence of general builders as measured by the CIDB SME business conditions survey barely moved to 46 index points (from 45 points previously).

In all, sentiment remained pessimistic, as building activity weakened. Tendering competition intensity abated slightly, and this helped alleviate some of the pressure on profitability.

Among the different CIDB grades, Grades 3 and 4 general builder confidence rebounded by 20 index points to 55. This outcome was underlined by improved building activity. Ntando Skosana, project manager of Monitoring and Evaluation at the CIDB pointed out that, “After ending 2016 on a disappointing note, the smaller Grades 3 and 4 regained some ground this quarter. The underlying performance indicators improved immensely, especially building activity growth which is currently at a two year high.” This improvement in activity supported profitability and employment within this group of contractors. 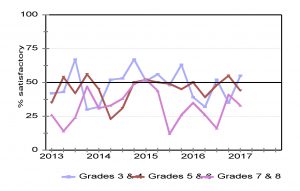 Looking at the provinces, general builder confidence in the Western Cape remained above the rest, albeit to a lesser extent. During the quarter, 64% of respondents were satisfied with prevailing business conditions. Skosana cautioned that, “Although Western Cape confidence remained relatively high; one should interpret this outcome with caution. Underlying indicators suggest that the Province fared poorly, to such an extent that they all fell into negative territory in Q1 after being mostly positive previously.” Results were even more discouraging in the other provinces.

Civil contracting confidence dipped by 4 index points during the first quarter of 2017 to 37, after moving sideways for the full year of 2016. The public sector is the largest client for civil engineering works, and civil contracting profitability came under more pressure, on the back of weaker construction activity. Tendering competition also intensified. “Civil confidence is disconcertingly low at this stage – the worst level in nearly 5 years. An overwhelmingly high majority of 63% was dissatisfied with prevailing business conditions during the quarter. What’s even more concerning is the fact that the deterioration was broad-based across all grades and provinces,” said Skosana.

The largest drop in confidence was registered among the smaller Grades 3 and 4 contractors to 33 points (-10 index points). For Grades 7 and 8, although confidence dropped marginally, it remained significantly low. A majority of 75% of respondents were dissatisfied with prevailing business conditions in Q1. Skosana noted that, “The picture across the grades was indeed very disappointing, with confidence falling further below the neutral 50-point mark. This is reflective of the weak fundamentals, particularly civil activity, which continued to deteriorate.”

Unfortunately, the provincial landscape for civil engineering offered no consolation. The highest confidence level was registered for civil contractors in the Western Cape, where 50% of respondents remained satisfied with prevailing business conditions. At the opposite end of the spectrum, Gauteng civil confidence deteriorated to a significantly low 25 points.

The SME segment in both the building and civil engineering sectors remained under pressure during the first quarter of 2017. Discouragingly, this marks the seventh consecutive quarter where business confidence for both sectors is below the neutral 50-point mark.
The outcome for the building sector was less severe, however there was an improvement in the performance of Grades 3 and 4 contractors. Unfortunately for civil contracting, the deterioration was broad-based.

Going forward, the outlook for both sectors remains clouded (albeit to a lesser extent for building), especially against the backdrop of weakness in the broader macro-economy. General builders expect to see some improvement in activity in the near-term, while there is very little pointing towards improvements for civil engineers. The survey also showed that 77% of respondents in the civil sector attested to insufficient demand for construction work being a hindrance to business operations. This suggests continued pressure on construction activity.

The CIDB SME business conditions survey is conducted quarterly among Grades 3 to 8 CIDB-registered contractors (categorised into Grades 3 to 4, Grades 5 and 6 and Grades 7 and 8), both for general building and civil engineering.