Master Builders Association Northern Cape (MBA Northern Cape) held its Annual General meeting in Kimberley in July 2017, at which the new Executive Committee for 2017/2018 was announced – as were the winners of the Regional Health and Safety competition. 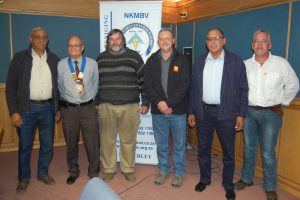 During his presentation the president, Graham Andrews, stated that although it seems as if the building industry in Kimberley is booming the local builders and suppliers are going through a lean period as most of the construction is being done by contractors and sub-contractors from other regions. Construction has also slowed down to a snail’s pace in surrounding areas. 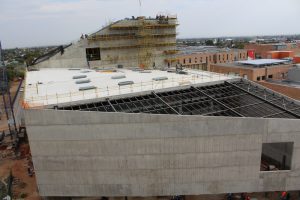 The good news however is that new projects at the Sol Plaatje University have been taken over from Wits and will be handled by a local team who have committed to make sure that local contractors and merchants will be used where possible.

The winners of the MBA Northern Cape Health and Safety competition are as follows:

Current construction projects in progress in the region include:

Posted in MBA and MBSA news and tagged mba nc.