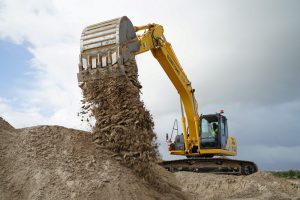 ELB Equipment is aggressively gearing up its excavator offering to meet anticipated demand as the South African economy is poised for growth. 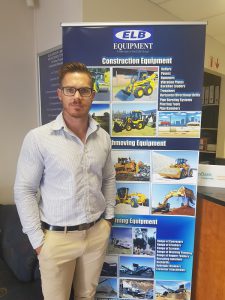 “Excavators are at the heart of any construction or mining operation and their availability is pivotal to getting projects off the ground,” says local distributor ELB Equipment’s Rhett O’Neill. “For this reason, we have brought in extra units, especially 21-tonners, as they are the most commonly used excavators in South Africa. We have also tagged them at competitive prices along with extras and extended-hour warranties to help ensure the success of these new projects.

“Made in Japan, Sumitomo excavators are known to be among the fastest-working and economical excavators that are purpose-built for 24-hour production type operations. Tougher and more durable than the average excavator they are able to boost new contracts and help kick-start the economy.”

Sumitomo is a specialist excavator manufacturer with more than 100 years of experience in mining and earthmoving. The company produces premium-brand excavators that excel in tough conditions and often match bigger and heavier machines outputs on site.

These qualities have led to Sumitomo excavators winning Japan’s prestigious “Good Design Award” and “Grand Award for Energy Conservation” in the same category as the country’s legendary automotive counterparts. Not only are they fast, powerful and durable, but they are easier to maintain and operate for extended periods of time on site with less maintenance required.

Another characteristic that endears Sumitomo excavator to the local market is its low diesel consumption that ranks among the lowest in its class. It also has three modes of operation namely: Speed Priority, Heavy, and an Auto option, which gives operators the ability to choose the mode best suited to the kind of operation encountered. Either to speed up work, reduce diesel consumption by as much as 20% or a mixture of both when working in mixed terrain.

ELB Equipment has represented the Sumitomo brand of excavators in South Africa for almost 30 years during which time the brand has earned an enviable reputation for productivity and reliability. Simultaneously, the distributor has proven to have the best interests of its customers at heart with extensive support offered through its far-ranging branch and support network throughout the country and entire southern African region.

In tough economic times ELB Equipment has also sourced more cost effective but equally good quality Service Genuine undercarriage and service parts through Sumitomo which makes owning and servicing a Sumitomo more affordable than ever before.