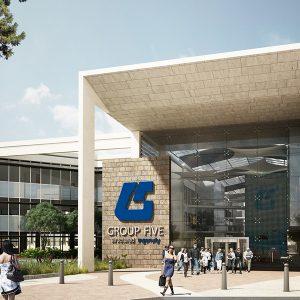 Group Five is cutting more jobs as it seeks to trim loss-making divisions, highlighting an industry-wide slump that has left many companies fighting for survival.

South African construction companies have been hit hard in recent years as stagnant economic growth has hobbled public infrastructure spending, prompting some of them to file business rescues, similar to chapter 11 bankruptcy in the United States.

Group Five is going through a restructuring in which it has closed multiple non-profitable businesses in its local construction unit and cut 602 permanent staff in the 2018 financial year.

The company is cutting more jobs in its money-losing Engineer, Procure and Construction (EPC) division, which already lost 175 employees last year. The EPC business suffered an 82.3 percent slump in revenue to 386.9 million rand ($26.91 million) in the 2018 fiscal year, further widening the operating loss at group level.

“The numbers of workers to be retrenched is still a work in progress right now but the main areas affected will be our EPC business as we continue to resize for the current market,” said Chief Executive Themba Mosai. Group Five posted a full-year operating loss of 1.4 billion rand compared with 718 million rand loss the prior year, due to higher costs from the delayed Kpone power project in Ghana.

Mosai was cautiously optimistic about President Cyril Ramaphosa’s plan to launch a 400 billion rand fund aimed at re-igniting infrastructure spending even as the sector has suffered delayed payments of some government contracts.

The fund is part of a long-awaited stimulus package seeking to revitalise an economy that recently slipped into recession. “The partnership between private sector and the government is important to bring infrastructure development into the country,” said Mosai. “The fact that the government is focused on that means that we can deliver quite a lot of infrastructure in a short space of time.”

Mosai also said that the downsized local construction business was on the right path to return to profit in the 2019 financial year.

On the back of the recent demise of a number of notable construction companies the news that more companies are also retrenching staff does not bode well for the sector.

Not only is this traumatic for the individuals concerned, the companies as a whole and our nation – but the resultant skills losses – mostly permanent – will be a huge blow to the construction industry. The timing couldn’t be worse as for a number of years now skills development has been high on the agenda.

Early in October PPC initiated a retrenchment programme – the extent of which is presently unknown, as did Group Five who is is cutting more jobs in its money-losing Engineer, Procure and Construction (EPC) division.

In September Master Builders SA Congress 2018 specifically addressed the skills shortages issue as well as the means to prepare and train the sector for the 4th industrial revolution. Continued regression in the sector will undoubtedly undermine these plans, making advancement of this cause that much more challenging.

However, in the short- and medium-term the immediate loss of significant skills and expertise – at professional and trade levels – as a direct result of retrenchments will dramatically exacerbate the situation, creating a huge and unwanted vacuum as those retrenched are likely to move into other sectors of the economy.