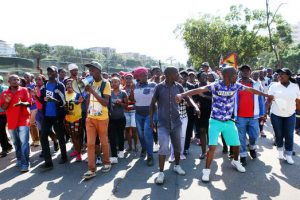 Our construction industry remains in the headlines for all the wrong reasons. This is not only due to the disastrous legacy of the Zuma era and government’s ongoing indecisiveness in creating economic confidence, but also to the steady expansion of “the construction mafia” – which has now infiltrated Gauteng and other provinces from KwaZulu-Natal.

This is according to Musa Shangase, President of Master Builders Association North (MBA North) in his Presidential address to some 200 MBA North members, office bearers, industry stakeholders and guests at the organisation’s annual Awards Dinner held in Centurion in October. “Our industry is in dire straits with no direction or certainly – exacerbated by shrinking margins, delayed- or non-payment for work completed, rising costs and decreasing revenue.” said Shangase. “Yet in this difficult environment MBA North continues to strive ahead to the benefit of the industry and its members, creating and driving innovative solutions directed at addressing these issues.”

Such initiatives by MBA North include the recent formation of a sub-contractor sub-committee to engage with government to resolve the issue of non-payment; and the Construction Health and Safety division which will implement the new ISO 45001 standard from February 2019.

The following members were honoured with Long-standing Member Awards:

Recipient of the Presidential Award went to Past President Manie Bosch of Formwork Logic for his dedication and significant contribution to the work of the Association over the years.