As MBSA members attending our Congress last month in Port Elizabeth will recall, an item of particular interest was raised by Paul Dhlamini, Levies and Grants Manager at the Services Sector Education and Training Authority (SETA) who told delegates that artisan development had become a national priority. 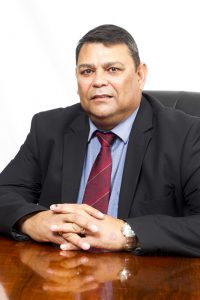 He said that government recognition of the country’s enormous shortage of artisans had resulted in the Minister of Higher Education signing an agreement to produce 30 000 skilled artisans by the end of 2030.

It was, he said, necessary to make artisan development non-sector based so that all the SETAs could contribute funds and ensure that we train artisans and reduce unemployment.

This is of course a positive step but there remain numerous hurdles to jump before that full complement of artisans is delivered, more than ten years from now.

And then, those many years on, will the young people trained by standards set here in 2018, be up to the mark dictated by the onset of the fourth industrial revolution? This phenomenon has, in the current and developing environment, spawned revolutionary technologies like robotics, the Internet of Things and other trends that are changing the way we live and work.

The World Economic Forum has been quoted as estimating that 65 per cent of children today will end up in careers that don’t even exist yet.

The foundation, while citing literacy, numeracy and scientific knowledge as critical, revealed that when top executives from leading world companies were asked what they thought the most important job skills would be in 2020, they all quoted “complex problem solving”. Other skills on their top ten list included critical thinking, creativity, collaboration and emotional intelligence.

Will our young South African artisans who now find themselves the beneficiaries of this government-driven renewed training initiative meet the challenges of a work environment set to change, in some ways, beyond recognition?

To ensure they will be able to, a great deal more than government grants will have to be applied to artisan training over the next decade and more. Particularly in our industry, where those who have chosen construction as their career will have to go far beyond the “bricks and mortar” of their trades and embrace the almost unimaginable changes that this phase of our world industrial development will throw at them.

It’s hugely exciting if approached with the right attitude, not only by the apprentices, but more critically by the responsible government departments, employers, industry leaders – and essentially, their teachers, instructors and mentors. The need to instil a culture of broad-thinking, and a holistic approach to the industry at all levels, including financial management, is essential to its on-going health.