If you’re looking for predictions about where South Africa is going in 2019, you’re spoilt for choice. Mainstream and social media, as well as informal opinion platforms are full of experts happy to offload their views – many of them negative. It’s a doomsday theorist’s delight, and it can be very destructive. 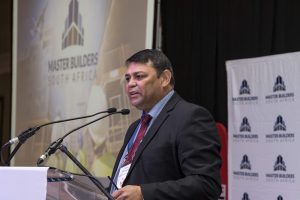 Many of the problems revolve around Government’s apparent reluctance to deal with the fallout from the country’s nearly decade-long economic calamity – and the inadequate retribution, if any, for offenders.

Frustration is not unwarranted, but there are glimmers of light that many of us either don’t trust, or fail to see. To move on from the major roadblock we have experienced is going to need a very positive attitude and some belief that what is being done right now, is as good as it can be for the time.

There is a strongly-held opinion that after the May elections some really effective changes will be made when Cyril Ramaphosa, and those in his Cabinet who support him, feel more secure in their position. There’s a hint of those changes in some of the President’s moves to repair historic damage during 2018. According to Media24, Citadel economist Maarten Ackerman believes that government will be enabled to concentrate on the business of governing when it “receives a solid mandate from voters”.

And on a positive note, the trade publication SA Commercial Prop News reports that SA’s REIT sector is expected to produce double-digit total returns for investors this year. Confidence that listed property will make a sharp recovery in 2019 is bolstered by the sector’s offshore exposure, “as well what looks like the start of a recovery of consumer confidence in SA.” So if we’re feeling bullish, we are not alone.

With education having been MBSA’s abiding theme in 2018, we must continue to focus on the successful training and teaching of South Africa’s young people, many of whom are still falling through the cracks, in spite of the national applause for the apparently high percentage of passes in the recent Matric results.

The statistics are hiding the fault-lines in our education system and we as an industry need to help set the real minimum standards for effective basic education, training and qualifications, even if only to ensure competent students wanting to enter our own industry. We cannot ignore the huge numbers of children who drop out of the education system and don’t make it through to the final grade. That is the statistic that should be of greatest concern to educators, government and big business if we really believe in redressing inequality.

And while on the subject, let statistics not be the only benchmark for success and achievement. We need to be sure that the basic education offering in South Africa is superb, the teaching both professional and nurturing and the schools well-equipped. That should be our yardstick for excellence, while at the same time recalling the philosophy of social reformer, abolitionist, statesman and a former slave, Frederick Douglass, who said: “It is easier to build strong children than to repair broken men”.

Good luck to us all this year