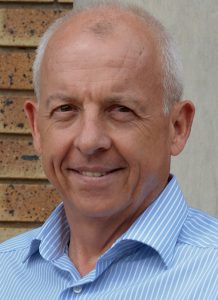 Structural failures such as Morandi Bridge in Genoa, Italy or the mining dam in the state of Minas Gerais, Brazil, or even more recently the walkway collapse at the Driehoek High School in Vanderbijlpark here in South Africa result in intensive and extensive investigations with different opinions for the resulting failures. These investigations in the various failures show that small events that have been overlooked or even small changes that have been made could have caused the failures much the same as is experienced in contract administration.
The investigations are without any doubt necessary as they contribute to improving the safety of not only future build structures but also lead to existing structures being inspected for similar potential failures.

Foundations or support structures that fail over time can in general be attributable to some variance in material acting or reacting differently to local conditions, or being exposed to unexpected extreme external factors, here the New York Twin Towers collapse comes to mind.

These failures will result in a difference of opinion between the various affected parties. Much the same is experienced in the evaluation of construction and infrastructure claims. Hindsight, as they say is an exact science. There are similarities that can be drawn between the general experiences gathered from some of the failures and the success and or failures in the successful realization of claim entitlements.

Gather detail according to contract The walkway collapse at the Driehoek High School in Vanderbijlpark

Contract administration entails not only the careful and accurate gathering of information and details related to compensable events but also a requirement to accurately follow the word of the contract conditions. This must be strictly adhered to in order to receive any just entitlements. Failure to do so will result in either a partial or even a full collapse in arguments and entitlements with any submitted claims for either time and or financial compensation. This despite any justified reason as result of events.

The contract administrator does play a pivotal role in achieving entitlements for events where provision has been made for in the contract conditions and even in certain instances where the contract is silent for a specific event but the procedures to be followed will determine any entitlement.

Develop and train
Employers, be it the client or contractor, will employ contract administrators based on their experiences and qualifications. Contract administrators are the first line of defence and if done accurately will not require the second line of defence, being the involvement of the legal fraternity. In some instances, however, this is unavoidable and does add considerable expense to the claims and may not necessarily result in a positive conclusion. 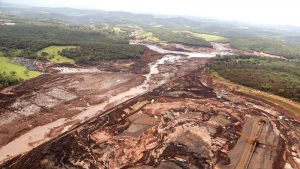 An aerial view shows the area of a collapsed dam in Brumadinho, Brazil

In recent times qualifications have tended to become more formal in nature with certain employers requiring formal legal qualifications for their contract administrators. However, as with recently qualified engineers with a lot of theory experience, the implications of achieving practical solutions may only be achieved through engaging in additional time and resources this based on more practical experience gained over time. Sometimes it only takes a friendly negotiation and not a fully detailed and legal brief to achieve an amicable agreement. It should, however, be remembered that there is a legitimate basis for such a claim. It is also important that any investment in the contract administration team should also make allowance for all contract administrators to join recognised organisations such as the Institute of Construction Claims Practitioners (ICCP), The Dispute Resolution Board Foundation (DRBF) and the Chartered Institute of Arbitrators (CiArb).

Return on investment
The employer that strongly supports the development of the contract administrator and invests in his contract administrators will receive a return on the investment in the form of a better return on the outcome of the claims submitted. This would also apply to the evaluation and possible defence against claims received from other contracting parties.

Often claim values are exaggerated to correct losses on projects with no chance of success and the contract administrator is obliged to follow instructions to prepare such claims. A more professional approach will result in accurately assessed claims and realistic expectation on the outcome thereof. In addition, an important factor overlooked is the identification of chances where either party could earn additional income or even incur savings when identified by the contract administrator.

Conclusion
Structures, if they are going to fail, may take many years to do so. In contrast claims can be lost very early on in negotiations or alternatively may take many years to resolve, but the work of the contract administrator remains the foundation on which any entitlement is built. The claims with a better prepared and stronger foundation will achieve positive results with less chance of an embarrassing collapse when details and arguments are tested.

According to the Global Construction Disputes Report 2018 of Arcadis poor contract administration remains the number one cause of construction disputes.