Welcome to the 4th Industrial Revolution 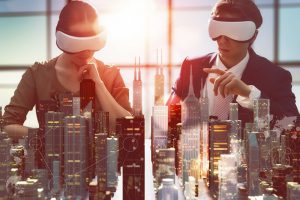 Here two business persons are developing a project using virtual reality goggles. the concept of technologies of the future

At the Master Builders South Africa Congress held in Port Elizabeth in September 2018, delegates devoted considerable time and energy discussing the advent of the Fourth Industrial Revolution and our preparedness (or otherwise) as custodians of the South African Construction Sector to train and stay abreast of this immense technological curve.

This technology applies across all industries – and all sectors. Let’s be prepared. 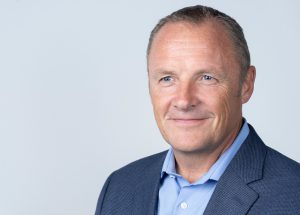 Artificial Intelligence (AI) and the Internet of Things (IoT) present new perspectives, panoramas and possibilities for the construction sector. Digital twins, AI-driven automation and blockchain1 will all change how companies see themselves.

AI will combine with new-generation sensors to create a new kind of business automation. Digital twins will help companies see their businesses anew, with shared simulations that offer security in investment and product development. And blockchain will shed its negative perceptions, emerging as an enabler, not a disruptor. This year will be all about new perceptions and possibilities.

They’re everywhere, but they’re changing. The fact is that sensors are embedded into every part of our daily and working lives. Recording and regulating our fast, often fraught world, whether we’re in the office or out in the field. But they’re changing. Sensors don’t just gather data one-way anymore—they can now receive instructions and action them.

We’re about to see sensor-enabled IoT technology begin to merge with AI-driven technology to produce a new wave of autonomous business processes. And the most advanced, competitive businesses will start actively exploring new ways to enable their physical devices, whether in their own systems or their customers’, to be powered by AI-driven autonomous capabilities, prompting a permanent, escalating trend.

AI and IoT: A new kind of automation is coming 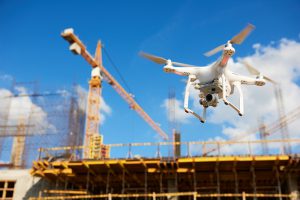 Together, AI and IoT will create fluent, proactive, automated functions. If you think ‘robots’ when you think automation, think again. This kind of automation will be swift, responsive, way faster and more agile than rigid-programming automation. Take autonomous vehicles. They’re already in full-speed development with many major car manufacturers. The speed, safety and fluency of the automated driving experience is beyond ‘robotic’. Acting algorithmically on real-time weather and GPS data, connecting onboard sensors, cameras and the cloud, these ‘next-generation’ vehicles merge AI and IoT into a beautiful ballet of autonomous action. No wonder Gartner predicts that by 2021, 10% of new vehicles will have autonomous driving capabilities, compared with less than 1% in 2018.

Today, AI stops at the point where actions need to be taken. It gathers data, compares them to historic data, and suggests a change of course. Soon we’ll start to see the first AI enterprise engines clearing that final hurdle to drive enormous improvements in efficiency. In much the same way autonomous vehicles have contributed to a decrease in automotive accidents and deaths.

The opportunities for improved efficiency and savings in time and money will drive forward AI/IoT-automated business decisions.

“Gartner predicts that by 2022, at least 40% of new application development projects will have artificial intelligence co-developers on the team”

I believe we’ll soon see the first real-life, high-impact examples of AI/IoT automation. Particularly in the enterprise asset management (EAM) and field service management (FSM) space, where we will see the kinds of sophisticated AI currently in use in financial services start to appear.

Automated business and operational processes will cut decision times and make business processes more complex and fast-moving. The questions we should be asking are how will companies be able to stay in control of such speed and complexity? How will they be able to simulate complex, accurate business models? How will they know what their actual business reality is—in a world where many of their processes and decisions may not even be made by humans?

Digital twins will open new panoramas and perspectives, helping many companies see their whole business for the first time

In an AI/IoT-automated world, how can you be sure that your business is really doing what you think it’s doing? How can you know exactly how it is performing, in every market, unit and link of its supply chain?

Digital twins are digital simulations of processes, machines, components or entire businesses. They’re already being developed by the likes of GE, Siemens and Philips, to design and simulate everything from large-scale energy grids to e-cars to medical conditions and diagnoses. Globally, many industries and businesses can be sure that if they don’t implement digital twins, their competitors will. I see digital twins developing in two stages.

Imagine actually seeing, for the first time, what your business looks like. Every last feature and detail rendered with hyper-real digital precision. Digital twins reveal exhilarating new panoramas, possibilities and perspectives for businesses. For many they reveal the discrepancy between how their business actually works, and how they think it works. They also deliver insights into how it will work over time.

For CFOs and CTOs, digital twins reduce risk significantly through watertight simulations that can fool-proof new investments and product development. It will come as no surprise that Gartner predicts that by 2021, half of all large industrial companies will use digital twins, resulting in a 10% improvement in effectiveness. I believe we’ll see asset-intensive industries like energy and utilities and fast-moving industries like logistics and supply chain all increase their use of digital twins.

But in an industrial scenario, where simulations proliferate, often across companies, continents and systems, how will businesses definitively know the whole truth, status and history of a system or component? Well, that brings us to blockchain. 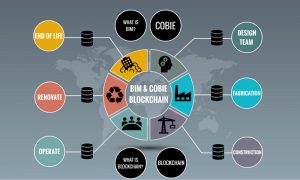 Think back to 20 years ago. Which companies back then would have believed it if you’d told them that one day they would be storing and accessing all their financial and customer information in the cloud, on the same servers as their competitors?

Or, take the Internet itself. Its first seeds appeared in the early 60’s with the birth of packet switching. A first prototype was already operating in the late 60’s funded by the US Defence Department. It is often the case that the most transformative technologies creep up on us slowly from the periphery. And then suddenly they’re there, changing everything. So it is with blockchain.

Technologically, blockchain is already proven. In fact, it’s been with us a long time. But more cases will come into operation as we see the perception of blockchain changing. Because it is primarily perception that is currently holding blockchain up.

Blockchain: It’s as real as it gets

Blockchain has already been adopted far more than many give it credit for. Businesses write it off at their peril. It is already being used extensively in the finance and banking sector, accounting for 30% of all current operating blockchain. Last year saw many large banks trying out decentralized technology and blockchain.

Other sectors are also implementing blockchain, including aviation. But less well-known sectors like food and beverage manufacturing have long seen the improved food traceability blockchain can deliver. In December 2017, IBM, Walmart and Chinese super retailer JD.com began a Blockchain Food Safety Alliance to boost food tracking and safety in China. In September 2018, Walmart announced that all suppliers of leafy green vegetables for its Sam’s and Walmart stores need to upload their data to its new food safety blockchain solution by September 2019.

In supply chain businesses in particular, blockchain promises to be huge, with many cases already rolled out, including strong competitive players in China and applications built on proven technology that’s been doing successful business since 2013. The number of successful blockchain cases are on the increase. Although I believe widespread uptake will happen around 2020 to 2021, this year will be the pivotal year when the broader business community will comprehend the true nature of blockchain.

As we move towards technologies and scenarios like the two above (AI/IoT automation and digital twin), blockchain will emerge not as a disruptor. But as an essential enabler. Blockchain will start to free itself from its associations with deregulated, dodgy cryptocurrencies. Increasingly, people will see blockchain for what it really is: a rock-solid, 100% trustworthy tool for product verification. In an ever-shifting market of automated processes and simulated models, blockchain will deliver real, inarguable value. 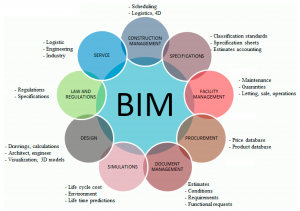 1 A blockchain, originally block chain, is a growing list of records, called blocks, which are linked using cryptography. Each block contains a cryptographic hash of the previous block, a timestamp, and transaction data. By design, a blockchain is resistant to modification of the data. Wikipedia