Cement industry to appeal for protection against imports 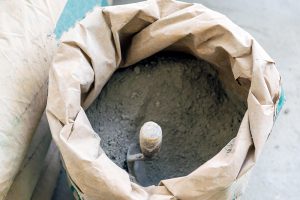 The Concrete Institute (TCI) will be lodging an appeal to the International Trade Administration Commission (ITAC) of SA to impose import tariffs on cement imports to protect producers from the mass importation of cheaper cements from countries such as China and Vietnam.

Bryan Perrie, MD of The Concrete Institute – which has as funding members the major cement producers, PPC, AfriSam, Lafarge, Sephaku and Natal Portland Cement – says the approach to the International Trade Administration Commission (ITAC) of SA will plead for the imposition of import tariffs and a possible ban on imports for a limited period.

“The increase in imports of cement is affecting demand for locally produced cement to such an extent that SA manufacturers are considering mothballing plants, retrenching staff and putting expansion plans on hold. The effect of the cheap imports on SA cement producers is exacerbated by a slump of unprecedented proportions in the local construction sector with former giants in the industry already having shut or struggling for survival,” Perrie says.

Chinese and Vietnamese cement started pouring into South Africa after ITAC had – after an appeal from local cement producers – agreed that there was a need to protect the industry against the dumping of bagged Pakistani cement. ITAC then introduced heavy import duties of up to 77% for Pakistani cement which successfully cut dumping volumes. “However, imports from China have been rising steadily in 2016 and 2017 and last year Vietnam joined the fray, with more than a million tons of cement being imported into South Africa. These huge volumes are not required as the local cement industry already has annual spare capacity of around 5 million tons,” Perrie explains. 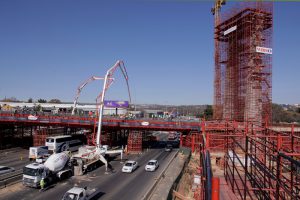 As Competition Commission rulings prohibit sharing company statistical information, The Concrete Institute has had to appoint an independent team of attorneys to confidentially collate sales, production and employment data of the various producers to include in the application to ITAC to try and curb cement imports.

After the cement industry had successfully lobbied for government protection against the dumping of Pakistani cement, the volumes of the imports from that country dropped from over 1 400 000 tons in 2014 to about 400 000 tons in 2016. “The construction industry is now in a far greater slump than during that period so need protection from imported cement even more,” Perrie adds.

Rob Rein, chairman of The Concrete Institute and Group Executive Sales and Marketing of PPC, says cement is a vital industry for the country and needs government protection at this critical survival stage in the construction sector. “The cement, concrete and affiliated industries employ thousands of South Africans whose jobs would be on the line if the government does not step in to protect local cement production,” Rein adds.

Posted in Cement and concrete and tagged ban, cement imports, the concrete institute.