Paving The Way For Large-Format Tiling 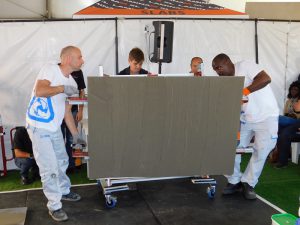 The first large format tiling seminar on African soil has been a resounding success with the organiser, Mapei, receiving positive recognition for its innovation from the country’s leading building and design professionals.

The popularity of large format tiling has boomed in markets such as Europe and the United States in recent years and the local market has been following hot-on-their-heels. However, until now, skills and training has not followed suit and the seminar has given a timeous injection of know-how to the industry.

For this reason the seminar, held at Mapei’s state-of-the-art training facility in Germiston, was organised and aimed at professionals including architects, designers, quantity surveyors, as well as flooring experts with the aim of shedding light on the materials, tools and techniques required to manage successful large format tiling projects. 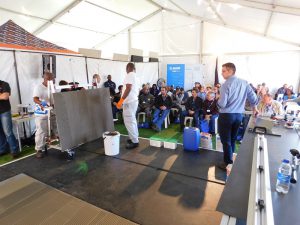 Mapei South Africa product manager for ceramic line, Zamaswazi Ntobela, says that as a leading supplier of adhesives and grouts for large format tiling, the company sees the upskilling and promotion of best practices as key ingredients to moving the industry forwards.

“The seminar and workshops were open to everyone in the industry and provided an opportunity for delegates to interact with Mapei as well as other suppliers of tiles, tools and other components to find out more about this specialised type of tiling. CPD-accredited workshops were also held over the two days in parallel with the event and were specifically aimed at training installers and applicators,” Zamaswazi said.

Derk Borneman, Corporate Area Manager for Mapei from Italy, was proud of the achievement. The seminar had a much more fundamental quality for him as it was of utmost importance to architects, quantity surveyors and the specifying community at large. “If the application is done the right way it will last for up to 20 or 30 years. We are showing them how to avoid failures on-site,” he asserted. 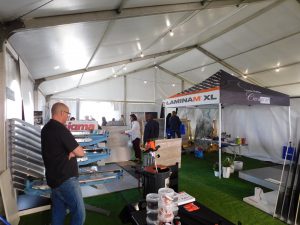 He was also impressed by the feedback. The Mapei team has been approached to do one-on-one training and technical training as a result. “Mapei technical support will be available to assist in specifying the right product for the right job. Not only that, but we have the online tools and systems to ensure specifiers and installers make the right choice,” said Derk.

Masimo Vassaroti, director of Avanga, said the seminar was timeous to get architects and specifiers to understand the many different types of application from flooring to cladding, furniture design and much more. The stunning aesthetics of large format tiles makes them an attractive choice for all manner of applications and their heat, scratch and stain resistance makes them hard wearing and durable enough to last for decades – even in the tough applications.

Northern Wholesale Tiles’ Candice Freddie added that networking opportunities during the seminar were well received and gave companies the chance to share ideas and strike-up new agreements with suppliers and service providers. She also lauded the opportunity for contractors to upskill their teams, as well as the emphasis placed on assisting architects and designers to correctly specifying materials and resources required for large format tiling.

Mapei’s modern range of ceramic and porcelain adhesives and grouts as well as waterproofing products were also on display. “It was an interactive, informal environment where delegates networked and communicated for the betterment of the industry,” Zamaswazi concluded.