Contractors in the building industry have welcomed the newly-appointed Minister of Public Works and Infrastructure, Patricia De Lille’s launch of an investigation into the failure by the department to pay them within the stipulated maximum period of 30 days. Welcoming the announcement, the President of Master Builders South Africa, John Matthews said the Federation was pleased to see the Minister actively involved in finding solutions to the struggling sector. 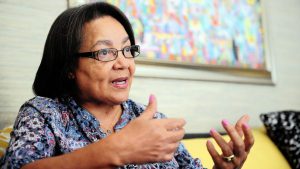 The Buck Stops With Us

The statement issued by Minister De Lille confirms that she has launched a full-scale investigation into the failure of the department to pay its service providers within 30 days:

As of the 22nd of July, the department had 2085 invoices which have not been paid within the stipulated 30-day period.

Facilities Management accounts for around 80% of invoices older than 30 days.

This relates to day-to-day, unplanned maintenance carried out on department buildings.

A Works Control System (WCS) is used for managing projects.

It deals with major construction projects and includes both contractors and consultants.

This, coupled with day-to-day maintenance are the core of the department and, together, they constitute 94% of the unpaid invoices that have gone beyond 30 days.

Several reasons, including processes being done outside of Supply Chain Management, issues with verification and certification of work done as well as late submissions of quotations have been given for these delays.

But it’s simply not good enough.

The minister believes this is unacceptable, particularly at a time when the economy needs strengthening and job creation is key.

In his reply to the State of the Nation Address debate in February 2018, President Cyril Ramaphosa sent out a stern warning to departments.

He stressed that the “frustration that these entrepreneurs have to endure at the hands of the very state that is supposed to assist them is a matter of great concern” and that the failure “to pay suppliers within 30 days has a devastating impact on small and medium-sized businesses.”

Minister De Lille is thus also in the process of implementing a Contract Management System, together with a Consequence Management System to keep track of payments and warns that there will be consequences for individuals who fail to comply with what is a legal requirement.

De Lille says: “The President has called on us to serve. So, we need to serve for public good and, by extension, fix South Africa.”

“The buck stops with us. We need to return to the Batho Pele principles.”